Opportunistic infections (OI) and malignancy after kidney transplant (KTX) are associated with increased morbidity and mortality. We aimed to assess clinical outcomes in patients with these complications.

We performed a single-center retrospective review of KTX patients from January 2009 until December 2014. Patients with opportunistic viral infections (BK virus or cytomegalovirus (CMV)), fungal infections, or malignancies were reviewed and compared to patients without these complications.

Opportunistic infections and malignancies develop in 33% of kidney transplant recipients, and are associated with lower graft and patient survival and increased risk of acute rejection. 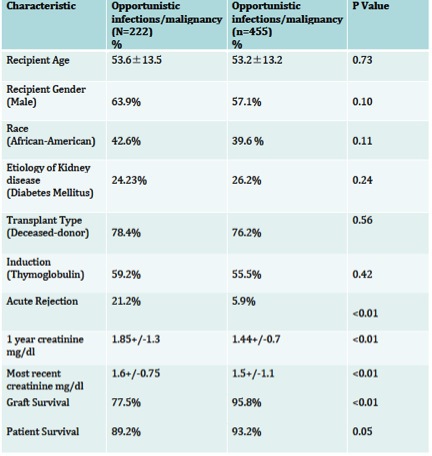