AKI patients requiring outpatient dialysis are a vulnerable and growing population. We examined factors associated with ESRD certification and its impact on subsequent renal recovery.

Using a national Medicare 5% sample from 2004-2014, we identified a cohort of hospitalized patients with AKI-D who survived to discharge and required outpatient dialysis (n=5861). We compared patient characteristics between those declared ESRD (CMS Form 2728) within 10 days of hospital discharge (ESRD group) to those who were not (AKI group). We also examined renal recovery (dialysis independence for >30 days) at 90 and 365 days post-discharge, and time trends.

Among the AKI-D outpatient cohort, 76% were declared ESRD while 24% remained AKI. There were no differences between the ESRD and AKI groups in sex or age distribution. Blacks were more likely to be ESRD than whites. The ESRD group had greater proportions of DM, CHF and pre-existing CKD. By 90 days 9.3% of ESRD and 41.2% of AKI patients recovered renal function. At 365 days these rates rose to 15.5% and 44.9%. In a multivariate model, lower odds of 90 day renal recovery were associated with ESRD declaration (OR 0.14, 0.12-0.17), CKD, CHF and black race. During the study period, a decreasing proportion of AKI-D patients were declared ESRD; 90 day recovery rates also decreased slightly, while 365 day rates remained stable (Figure). A significant proportion of AKI-D patients recovered renal function after hospital discharge, including those declared ESRD. After adjusting for clinical factors, ESRD certification remained the strongest independent predictor of renal non-recovery.

Further study is needed to determine the impact of ESRD versus AKI dialysis protocols on renal recovery. 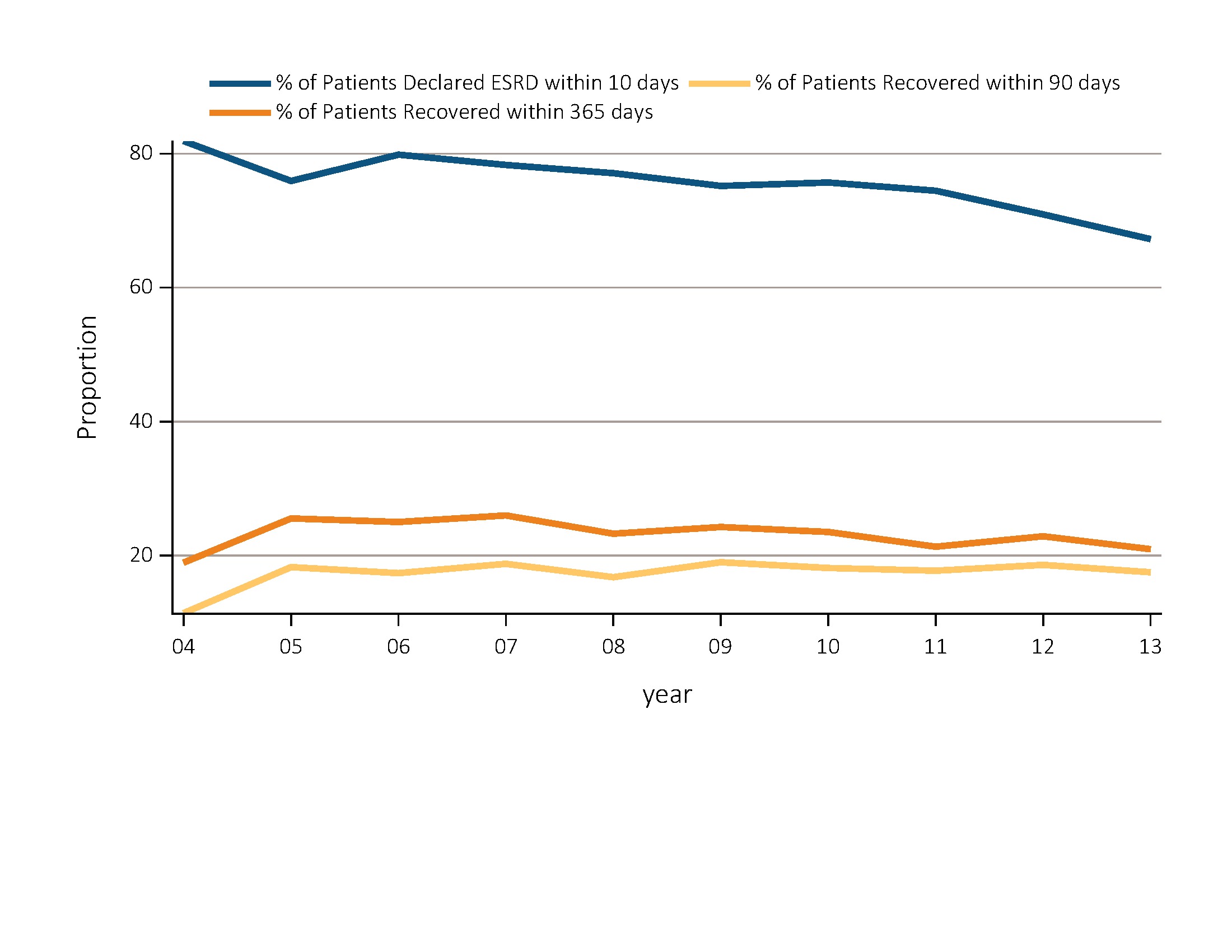