Autophagy is a cellular process of degradation of damaged cytoplasmic components and regulates cell death and proliferation. It remians unclear whether the induction of autophagy has positive impact or negative impact in renal tubulointerstitial fibrosis (TIF). FOXD1 lineage pericyte has been recognized to plays a critical role in renal TIF. Here, we hypothesized that autophagy in FOXD1 lineage stromal cell may have pivotal role in renal TIF.

To examine the distribution of cells where autophagy was induced, we used GFP-LC3 transgenic mice. We also generated conditional knockout mice in which Atg7 is genetically ablated specifically in FOXD1-cells (Atg7f/f;FOXD1-Cre+).

Our data showed that autophagy in FOXD1 stroma-derived cells play a protective role in development of renal TIF, which may be a new therapeutic target for renal TIF. 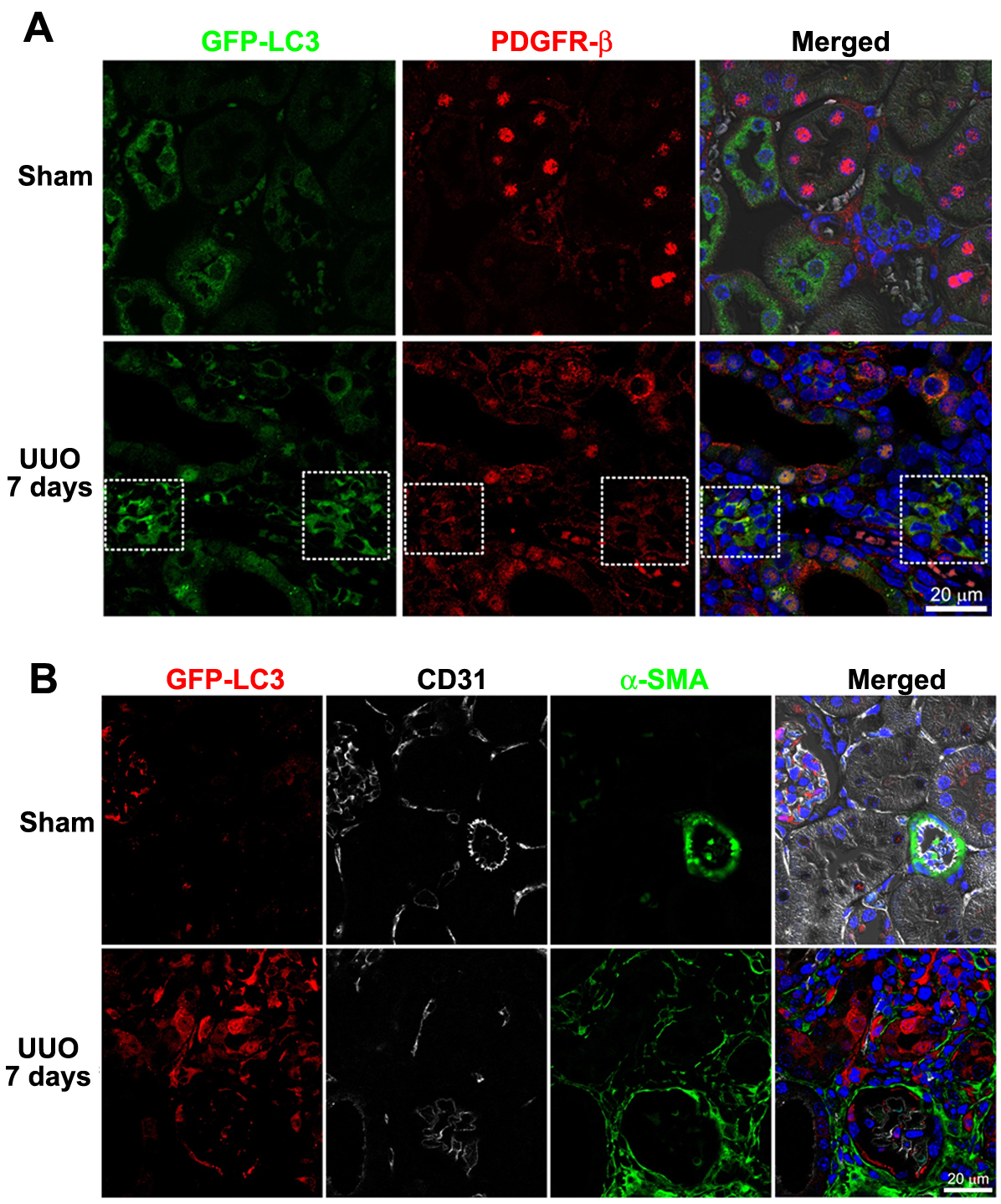