Urinary extracellular vesicles (uEVs) have emerged as a powerful non-invasive tool to study renal epithelial transport in humans. However, the optimal method to quantify and normalize uEVs remains unclear, especially for spot urines.

As expected, urine osmolality was near-maximal during thirsting, decreased after water loading and then increased again (Figure). The results of the 4 uEV quantification methods showed similar dynamics as urine osmolality suggesting that uEV number changes in proportion to urinary concentration (Figure). Of interest, EVQuant identified 2.4 ± 0.6 times more uEVs than NTA. Using NTA as reference, the Bland-Altman analysis showed that EVQuant had the lowest bias (% difference 6 ± 27) followed by TRFIA (10 ± 21). Of the uEV-markers, CD9 agreed best with NTA (-12 ± 34). uEV number correlated strongly with urine creatinine (Figure) and osmolality (r2 for both 0.9, P<0.0001).

uEV number is proportional to urinary concentration and both urine creatinine and osmolality can be used to normalize spot urines for uEV number. EVQuant is a promising alternative to NTA and appears more sensitive for uEV detection. These uEV quantification methods can be used to analyze if changes in a uEV protein of interest are the result of more protein per uEV or the excretion of more uEVs containing this protein. 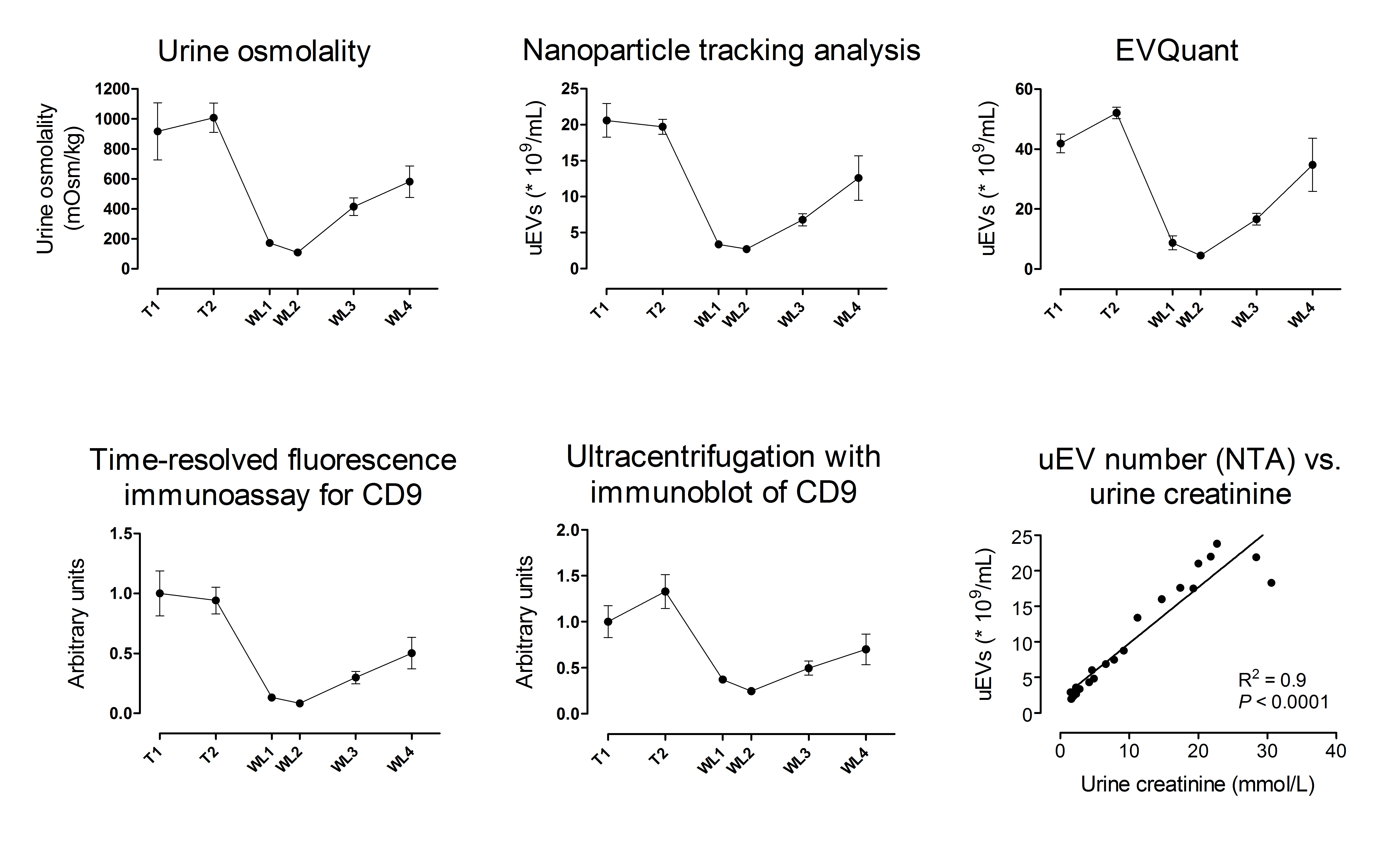