Little is known as to the effect of primary kidney disease on renal osteodystrophy. The current study was thus designed to assess the association between CKD etiology, mineral metabolism and bone histromorphometry in pediatric ESKD.

Serum Ca, P, PTH and 25D did not differ between groups. Serum ALP levels were higher, and cFGF23 levels were lower, in patients with CAKUT (Table). Bone turnover and volume did not differ between groups. Osteoid volume (OV/BV), osteoid surface (OS/BS), osteoid thickness (O.Th) and osteoid maturation time (OMT) were increased in patients with CAKUT. As previously reported, multiple regression analysis demonstrated that Ca, P, ALP and PTH were independent predictors of OV/BV and O.Th. ALP and PTH were an independent factors affecting BFR/BS. Disease etiology was not an independent predictor of any histomorphometric variable.

After controlling for biochemical variables, ESKD etiology did not affect bone histomorphometric parameters of turnover, mineralization, or volume. 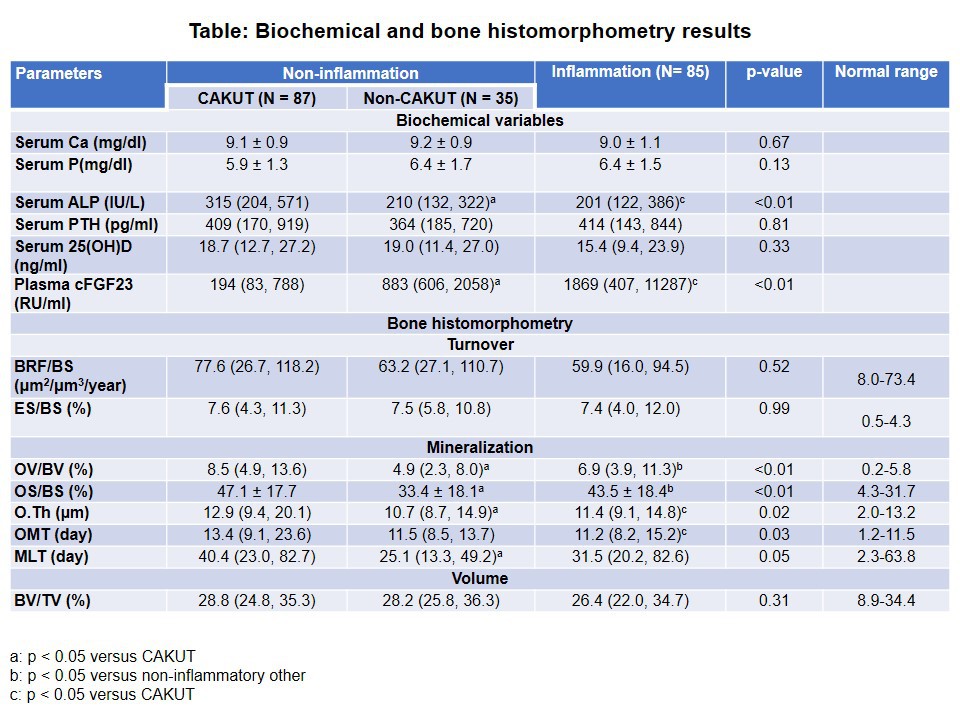