We recruited 18 individuals with ID anemia with CKD and HF to investigate the effects of 5 weekly doses of iron sucrose on c- and iFGF23 levels. ID anemia was defined as hemoglobin <12 g/dl and transferrin saturation (TSAT) <20%, or a hemoglobin <12 g/dl with a ferritin <100 mg/dl and TSAT <30%. Measurements were taken at baseline, prior to each iron dose, after 5 weeks, and 3 months later.

ID patients with CKD and HF have elevated levels of c- and iFGF23. Treatment with iron sucrose lowers cFGF23 and may lower iFGF23 in states where FGF23 cleavage is impaired such as CKD and HF. 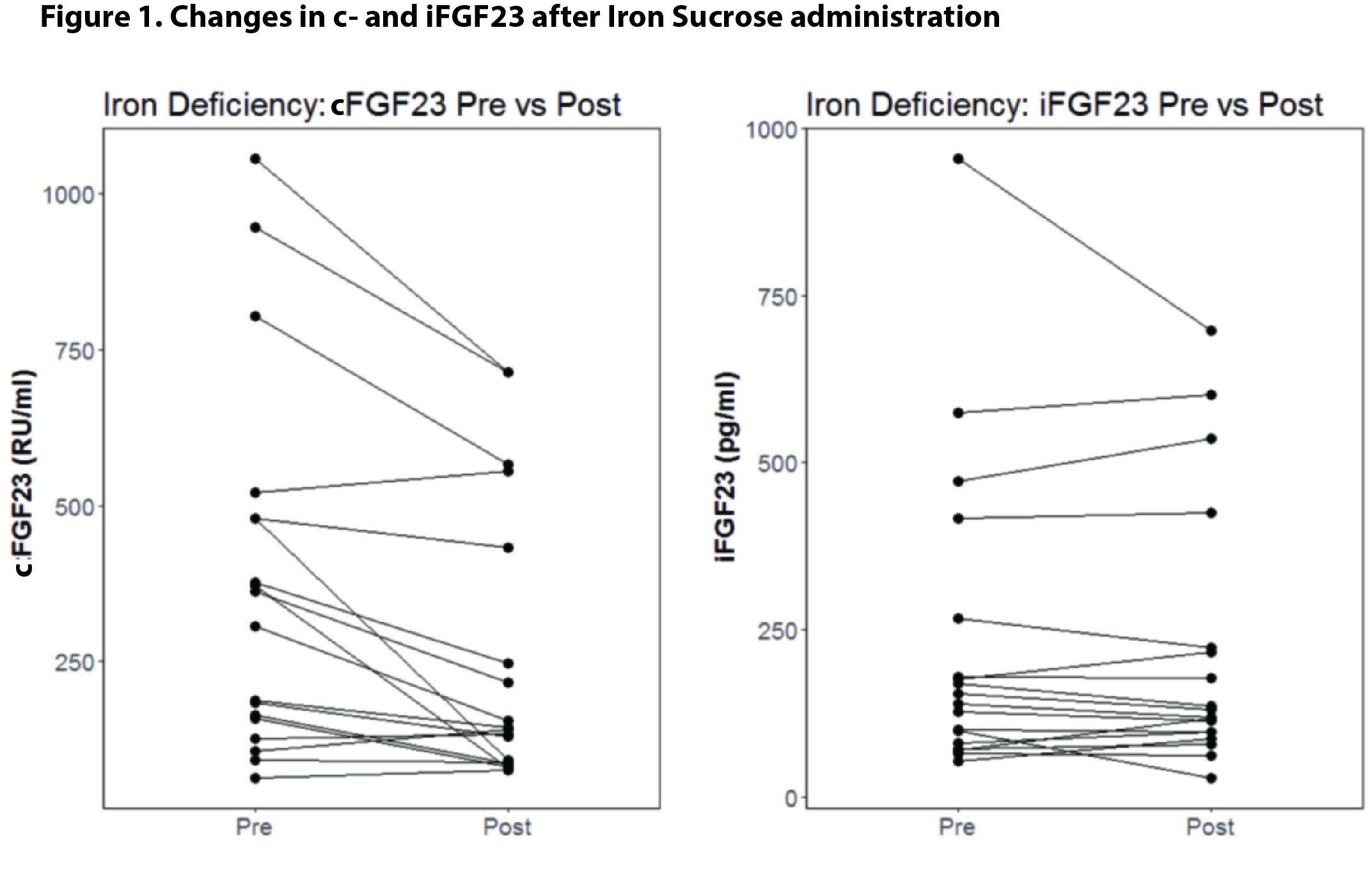