The introduction of newer all-oral, direct-acting antiviral therapy in place of traditional interferon-based therapy has revolutionized the management of CHC infection. The aims of our study are to evaluate i) Renal adverse effects related to all oral direct- acting, antiviral therapy for hepatitis C ii) relationship between changes in viral load and renal function tests in chronic hepatitis C patients.

A retrospective study involving 164 patients with chronic hepatitis C infection followed up in outpatient clinics between October 1, 2014, and September 30, 2015. Ninety- five patients who received antiviral therapy were included as cases and sixty-nine patients who did not receive treatment were included as controls. Creatinine levels of cases were noted at four- time points: pre-treatment, at four weeks, at the end of treatment (3 months), and at 12-week post-treatment (6 months) and at the similar time frame for controls. Patients with CKD stage 3 or more and patients with missing values were excluded.

Serum creatinine levels are higher at the end of treatment in patients receiving anti-viral therapy when compared to controls. This difference tends to cease with further time duration. A decrease in the hepatitis C viral load is not associated with a concurrent decrease in creatinine levels. 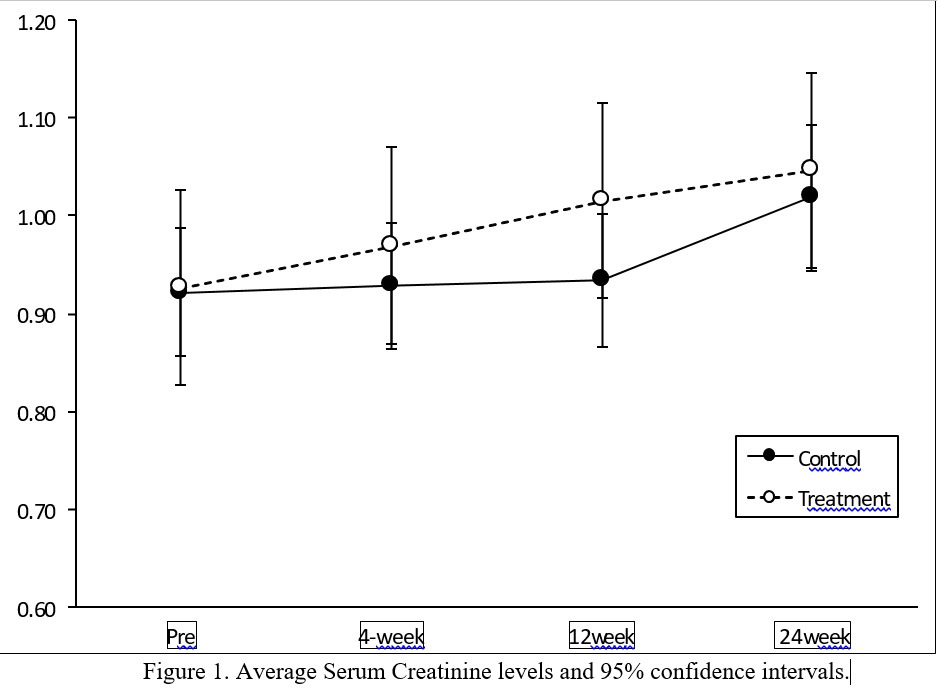