Rhabdomyolysis-induced renal failure is a relatively rare condition, but its clinical consequences are occasionally serious and dramatic. Early and aggressive fluid resuscitation is commonly used to prevent renal failure in rhabdomyolysis. However, the optimal fluid and rate of repletion are unclear. The purpose of this study is to evaluate the effect of the degree of urine output following fluid repletion on the clinical outcomes in nontraumatic exercise-induced rhabdomyolysis (EIR).

The medical records of all nontraumatic EIR patients admitted to Konkuk University Medical Center between 2011 and 2015 were reviewed. After establishing a definitive diagnosis of nontraumatic EIR, fluid infusion was promptly initiated, with the goal of maintaining a urinary flow of 150-300 mL/h according to existing protocol. 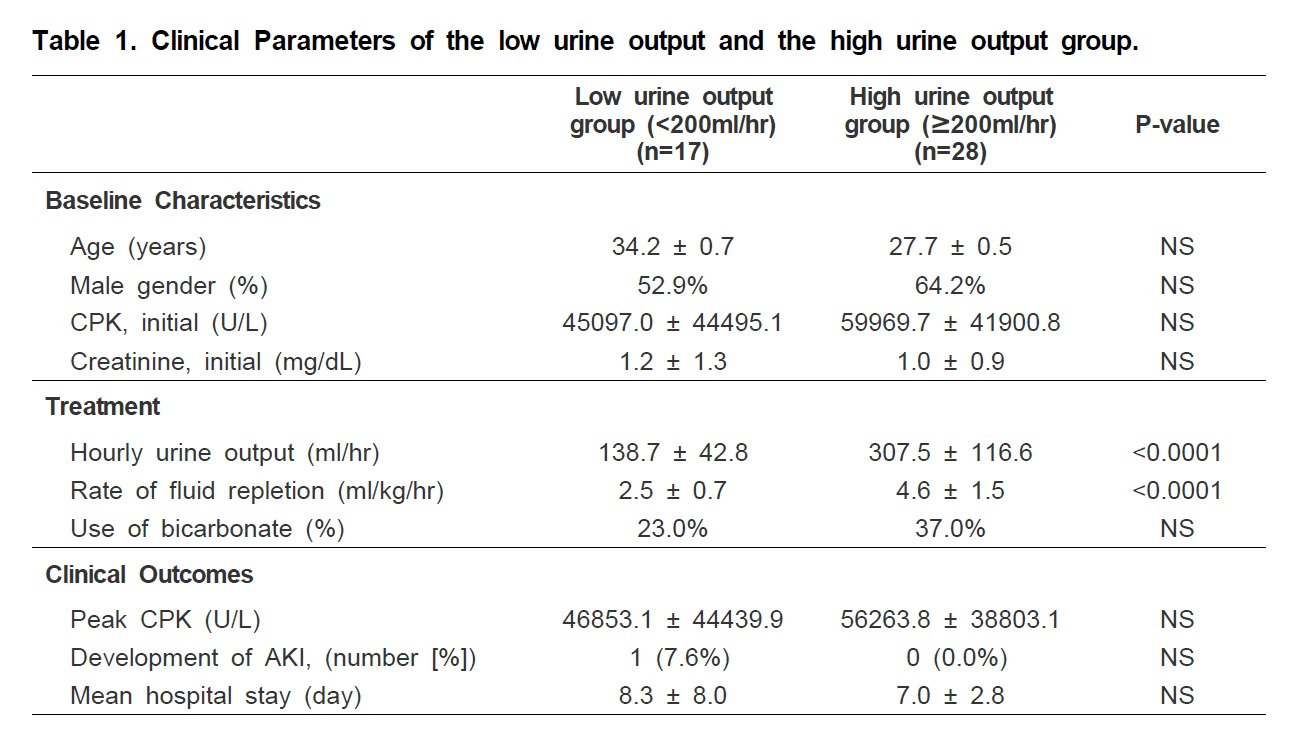