CCr was derived from 2 subsequent plasma creatinine levels over time using a newly developed method for Dynamic Creatinine Clearance Calculation (D3C) (Fig1A). We estimated CCr one day (T1) after RTX by D3C and correlated this to the estimated CCr using CG at T12 in 154 uncomplicated RTX patients. We also investigated whether monitoring of D3C could advance detection of functional decline in patients with early rejection. 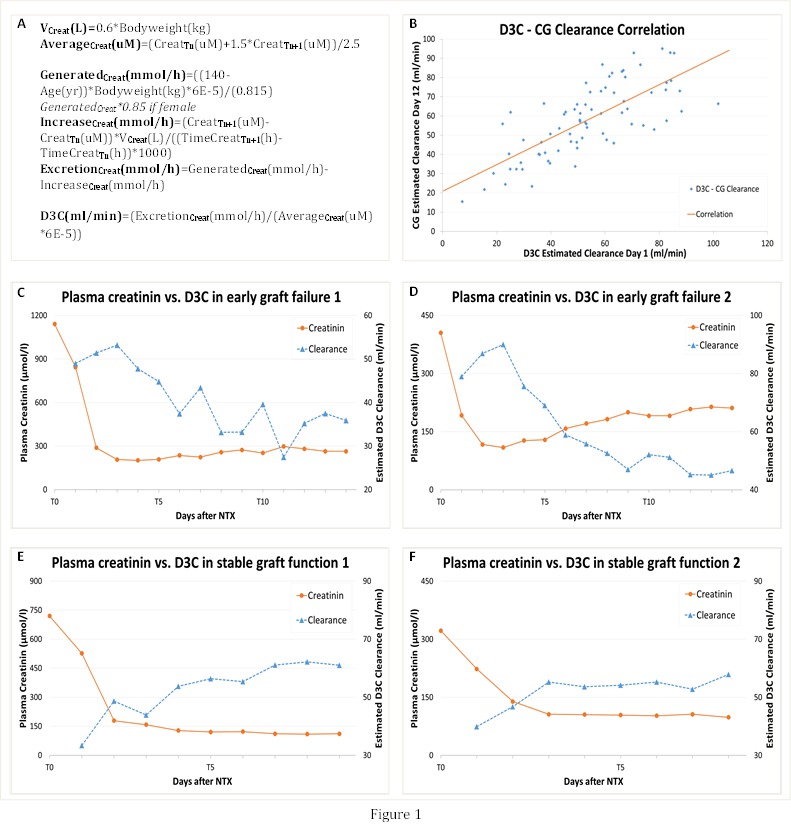