Diabetes Mellitus is a risk factor for worse renal allograft survival, but patients typically do not lose their allograft due to diabetic kidney disease (DKD). However, it remains unclear whether early diabetic changes in the transplanted kidney are associated with worse outcomes. The objective of this pilot study is to determine whether histological features consistent with early DKD are predictive of subsequent graft loss.

We reviewed consecutive, clinically indicated, renal allograft biopsies performed at Stony Brook University Hospital from 2010 to 2015. Biopsies with either mesangial matrix expansion (MME) or thickened basement membrane (TBM) were classified as early DKD (eDKD). Patients with a final diagnosis of transplant glomerulopathy (TG) or overt DKD were excluded. Graft failure, creatinine, and eGFR were also collected at 6 months, 1 year and 2 years post biopsy. All data was assessed for normality, and then parametric or non-parametric tests were employed for data analysis.

In this small cohort, these data suggest there is a trend towards worse renal allograft outcomes in patients with early histological features of DKD. Further analysis of eGFR trends and a larger sample size are required to determine the significance of early DKD changes on allograft outcomes. 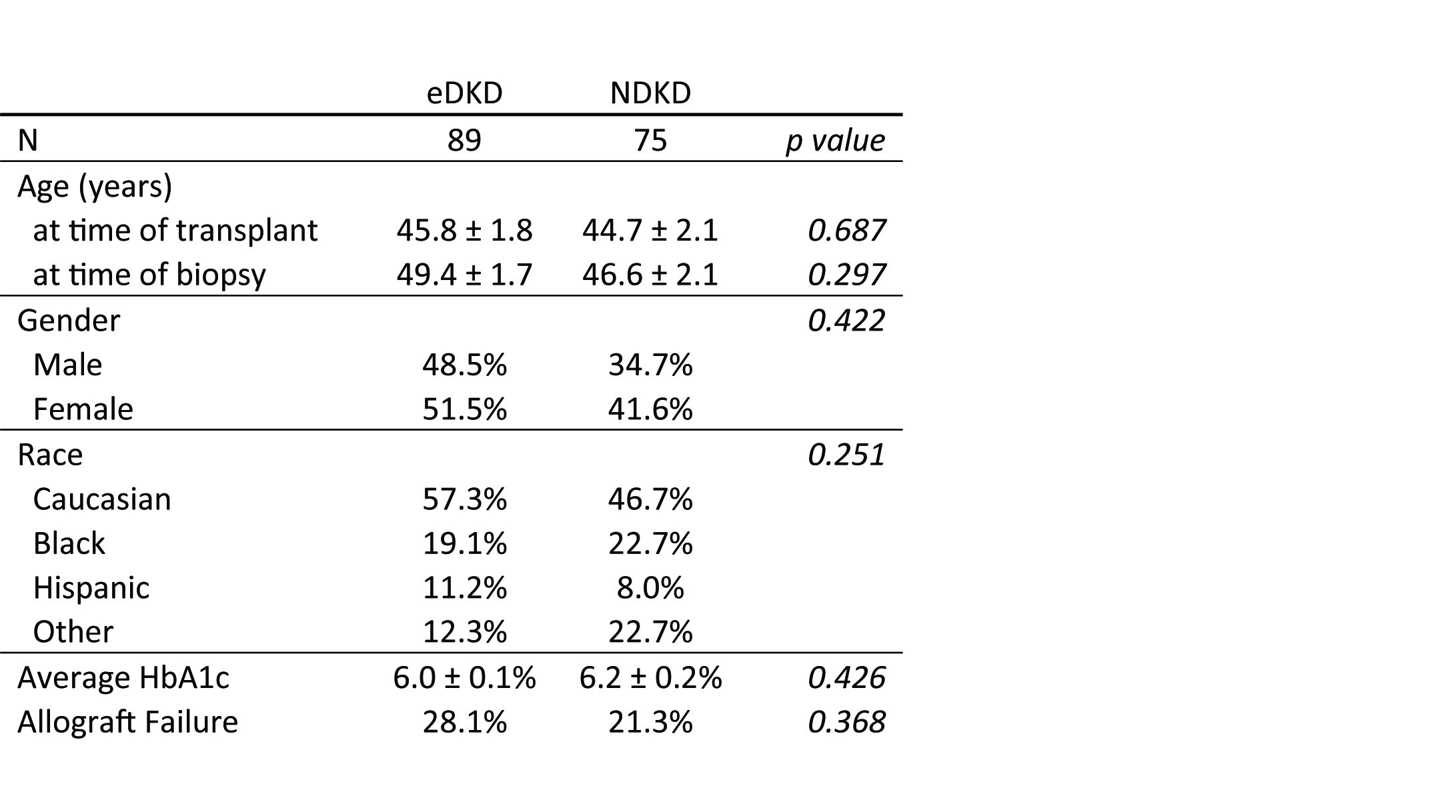