Malnutrition is common in patients with chronic kidney disease (CKD) and especially end-stage renal disease (ESRD). Most of these patients have odor identification deficits, and a reduction in odor identification score is associated with higher subjective global assessment (SGA) score and lower total cholesterol, LDL cholesterol, and albumin. We investigated whether the identification of specific odorants is linked to abnormalities in nutritional markers.

We quantified odor identification in CKD (n=36) and ESRD patients (n=100) and healthy volunteers (HV, n=25) using the University of Pennsylvania Smell Identification Test (UPSIT). We assessed the correlation between the percentage of correct answers for each of the 40 odorants on the UPSIT test and nutritional markers. 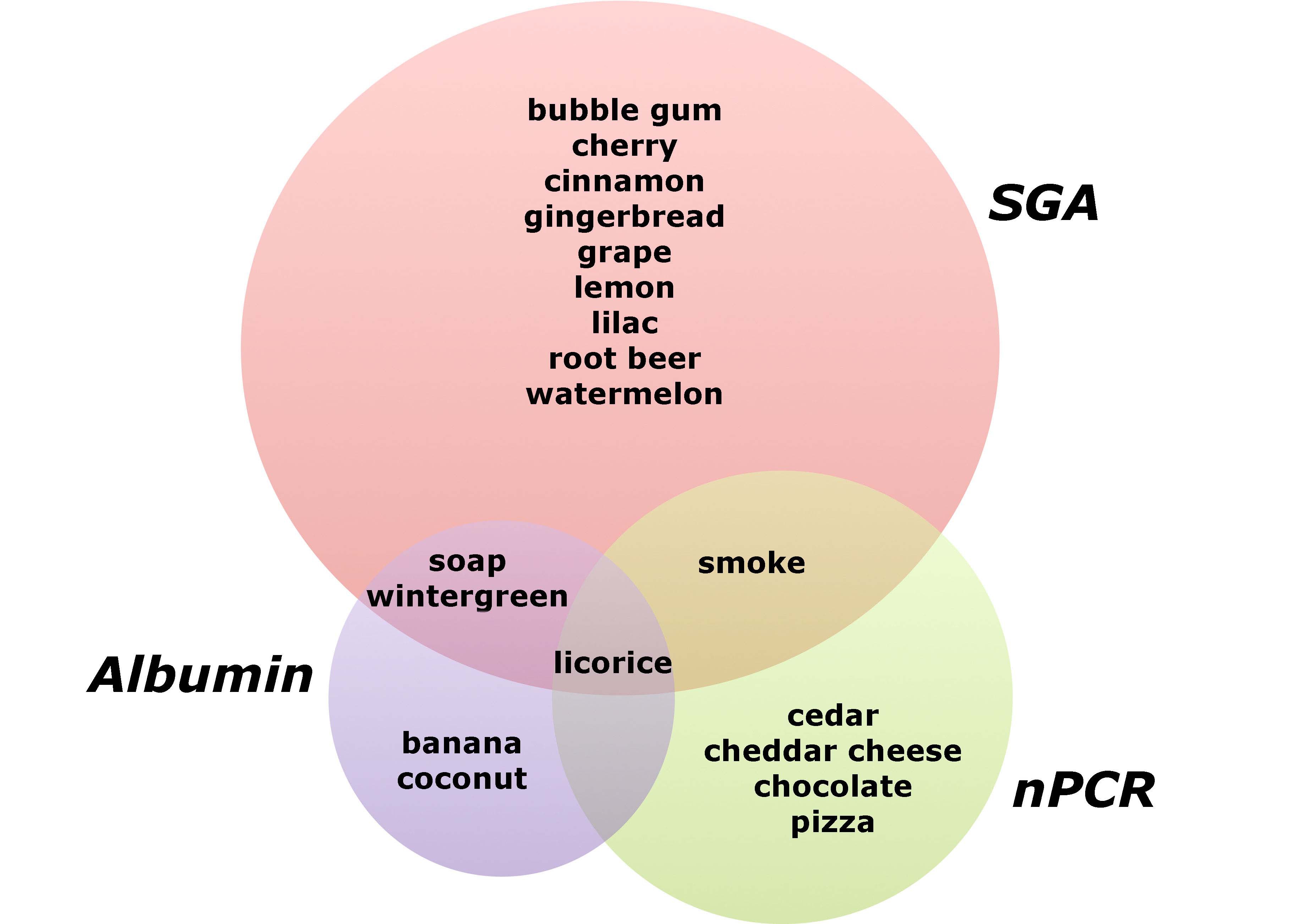