Correction of hyperkalemia (HK) is important for the clinical management of patients (pts). Sodium zirconium cyclosilicate (ZS-9) is a selective, inorganic, potassium (K)-binder. We report results of ≤72h of ZS-9 treatment from the largest study of treated HK pts to date.

ZS-9 rapidly and reliably normalized K in nearly all HK pts, with a safety profile similar to prior studies. 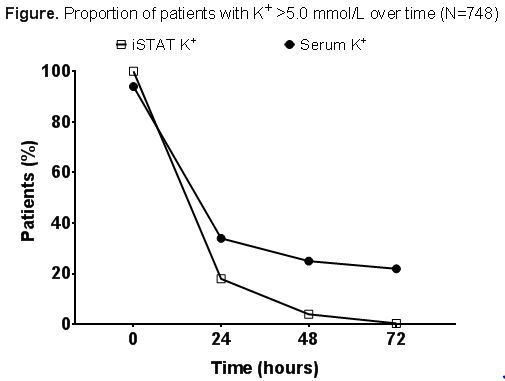