This informative video will highlight key areas to help participants: 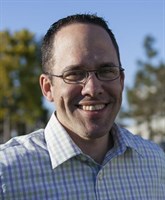 Paul R is a husband, golfer, professional, and patient with Fabry disease. The decades of symptoms prior to his diagnosis, for this rare disease, is not uncommon – yet, his journey is. Through the persistence of his nephrologist, Paul was able to confirm his diagnosis. He continues to raise awareness about Fabry disease and give back through volunteering with kids who were also diagnosed with disease.

Dr. David Warnock received a BA degree in 1966 from the University of California at Berkeley and received his MD degree in 1970 from the University of California, San Francisco. Following a fellowship at the NIH, his positions included Section Chief at the San Francisco VA Medical Center, Director of Nephrology at the University of Alabama at Birmingham (UAB) from 1988 to 2008, and Director of the Office of Human Research at UAB from 2005 to 2008. He served as the Marie K Ingalls Professor of Medicine and the Hilda B. Anderson Endowed Professor in Nephrology at UAB, and became an Emeritus Professor of Medicine at UAB in October 2015.

Dr Warnock's focus is on the genetic and environmental factors that contribute to hypertension and chronic kidney disease. The spectrum extends from basic studies of salt and water transport systems to population-based studies of the prevalence of CKD and the association with stroke and heart disease. Another focus is inherited disorders of renal function, with a current emphasis on the renal manifestations of Fabry disease. Additional research interests include acid-base physiology, sodium transport mechanisms, chronic kidney disease, diabetes and kidney disease, and inherited renal diseases.