Renal recovery after dialysis-requiring acute kidney injury (AKI-D) is an important clinical and patient-centered outcome. We examined whether pre-AKI-D proteinuria level is an independent risk factor for non-recovery within a diverse, community-based population.

Dipstick proteinuria was a graded, independent risk factor for non-recovery after AKI-D and contributes to short-term risk stratification and prognostication in combination with baseline eGFR. Pre-AKI-D proteinuria information is important for appropriately counseling patients and planning follow-up care. 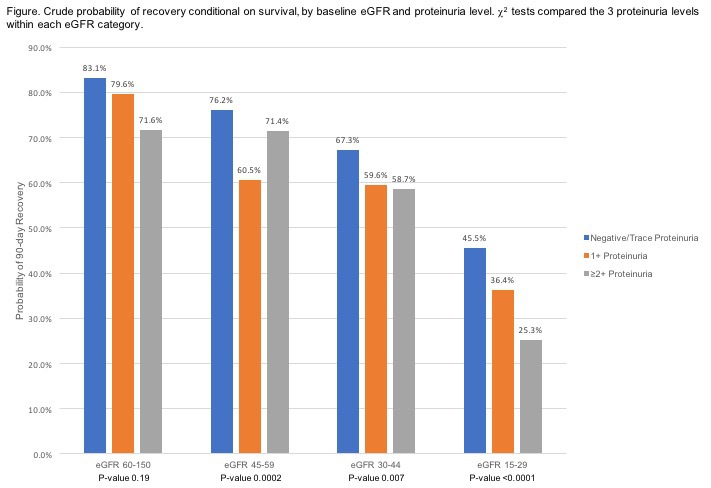