Whether treatment of anemia in the setting of CKD prior to hemodialysis (HD) initiation may reduce post-initiation mortality is unknown.

Patients who initiated HD between April 1, 2012 and June 30, 2013 were identified from USRDS end-stage renal disease (ESRD) and pre-ESRD files. Hemoglobin (Hb) measurements at HD initiation and at least one other measurement in the subsequent 3-months, in the absence of transfusion, were required. Patients who either never had anemia (defined as Hb ≥ 9.0 g/dL) in the absence of treatment or those who had persistent post-initiation anemia despite treatment were eliminated. Patients who were consistently well-treated (Hb ≥ 9.0 g/dL) with ESAs were retained and compared with patients who appeared to have untreated or ineffectively-treated anemia prior to HD initiation, provided the latter responded to ESAs after initiation. Cox PH models, adjusted for patients’ demographics and comorbidities, were used to calculate the hazard ratio of all-cause and cardiovascular (CV) mortality after HD initiation.

Failure to achieve Hb ≥ 9.0 g/dL through lack of treatment in the predialysis period may represent missed treatment opportunity to reduce mortality after HD initiation. 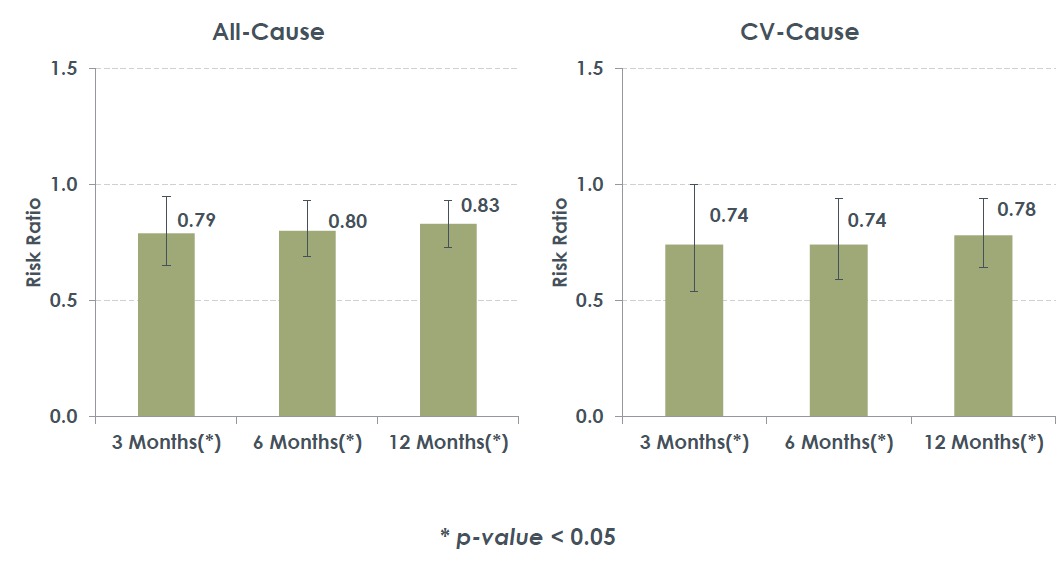 Risk of all-cause and cardiovascular mortality in patients with consistently well-treated predialysis anemia (Hb at least 9.0 g/dL) compared to those patients who were not adequately treated but who later proved to be treatable after dialysis initiation.