Understanding Early Mortality after Dialysis Initiation: The Role of Severity of Illness, AKI, and ESRD Certification

Understanding Early Mortality after Dialysis Initiation: The Role of Severity of Illness, AKI, and ESRD Certification

Analysis of CMS-certified ESRD patient mortality has consistently shown an increase in the first weeks after dialysis initiation, peaking at 6-8 weeks and then declining. The factors underlying this mortality pattern are unclear. To explore this, we examined mortality rates from the first dialysis session, which often occurs prior to ESRD certification for many patients, for those patients on Medicare prior to ESRD.

This retrospective cohort study used the Medicare 5% sample of patients with a dialysis claim, merged with the USRDS ESRD database. Patients had no dialysis in 2005 and their first claim in 2006-2014 was selected. Patients with an ESRD first service date before the first dialysis claim were excluded. Poisson regression was used to calculate weekly mortality rates, standardized to the sample mean age, sex and race. 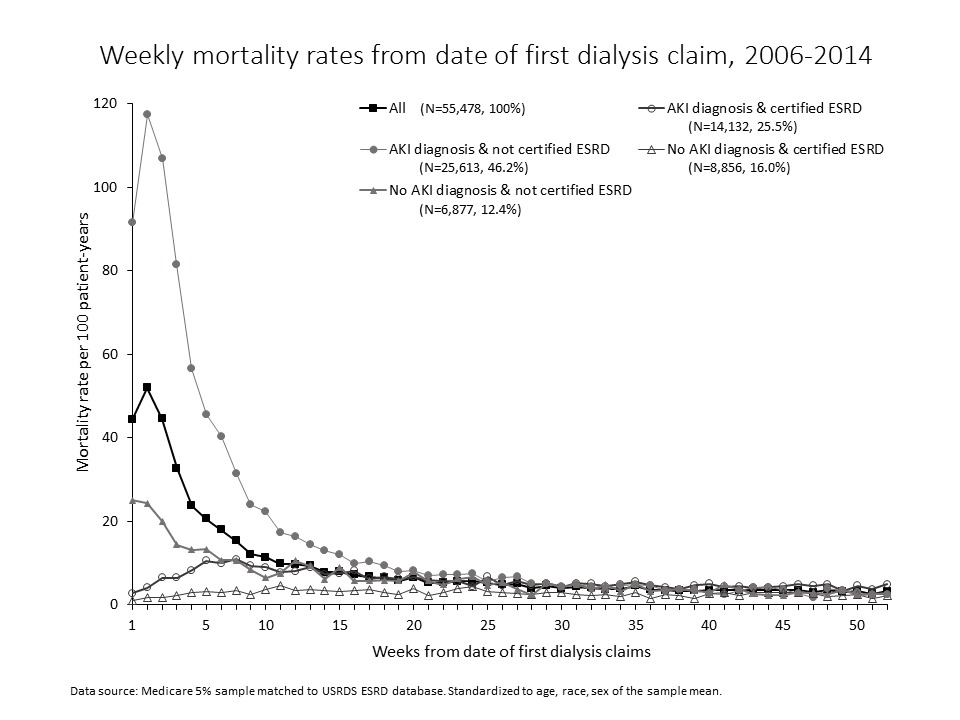