Risk Factors and Outcomes of Rapid Correction of Severe Hyponatremia

Risk Factors and Outcomes of Rapid Correction of Severe Hyponatremia

Mean age was 65.2 (SD 15.5) years, 54.9% were female, and 65.1% had a history of chronic hyponatremia (last outpatient sodium <135 mEq/L). The median change in sodium at 24 hours was 7.1 mEq/L (IQR 3.6–11.0), and 396 (29.3%) patients had rapid sodium correction. After multivariate adjustment, risk factors for overcorrection included female gender, schizophrenia, hypo- and hyperkalemia on presentation, and repletion of other electrolytes (Table). History of chronic hyponatremia, outpatient loop diuretic use, and treatment at an academic center were associated with lower risk for rapid sodium correction. A total of 357 (26.4%) patients had brain MRIs completed during follow-up with 10 patients showing evidence of CPM (7 had documented rapid correction). 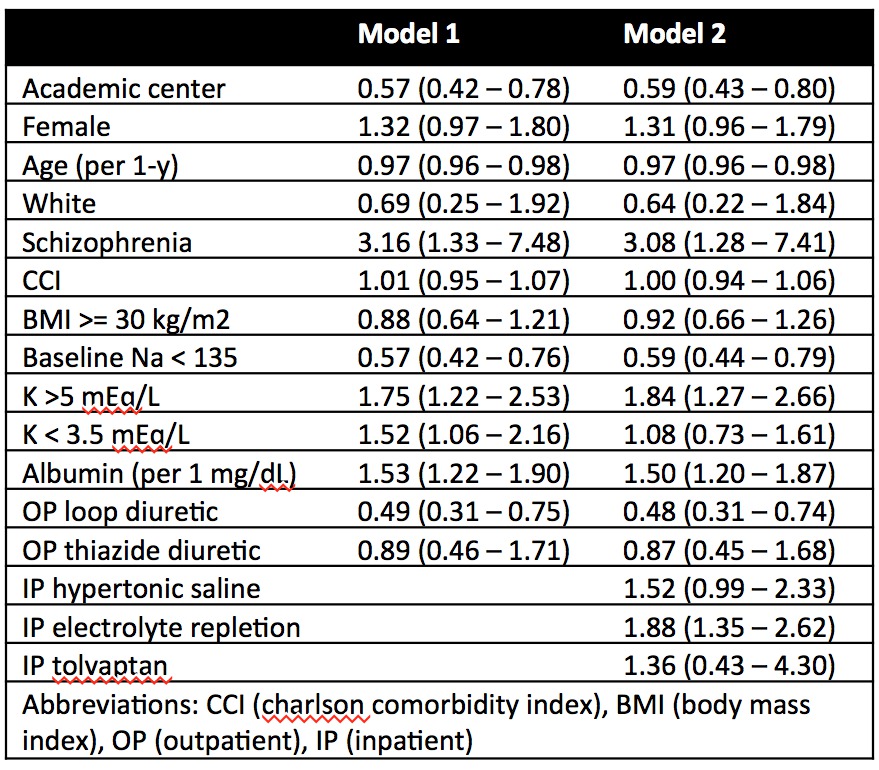