Poor nutritional status is a known mortality risk in chronic kidney disease (CKD) patients. Patients undergoing long intermittent hemodialysis (LIH) without dietary restriction are generally well nourished. We aimed to study whether body mass index (BMI) in patients undergoing this therapy is maintained better and longer than those in conventional hemodialysis (CH), and to understand the association between BMI changes and mortality.

We examined patients undergoing LIH without dietary restriction with at least one-month dialysis vintage at Kamome Hitachi Clinic (KHC) between January 2002 and April 2016. BMI was calculated based on dry weight. Longitudinal BMI changes were monitored in these patients, and compared to those in CH patients, obtained from previous reports. Using the Cox proportional hazard model, we evaluated mortality risk associated with decrease in BMI.

We enrolled 195 patients, with a mean observation period of 5.7 ± 3.7 years. The baseline BMI at the onset of LIH without dietary restriction was 23.36 ± 3.81. The mean BMI increased for 3 years after initiation of this therapy, similar to the pattern in CH patients. However, BMI in this study population remained stable longer than that in CH patients. BMI in 52/195 patients decreased from the third to 12th month after initiation of this therapy. The hazard ratio (HR) of mortality was 3.004 [95% confidence interval (CI); 1.415-6.374].

We showed that patients undergoing LIH without dietary restriction maintain BMI for a longer period. Additionally, we found that decreased BMI was associated with an increased mortality risk, suggesting that preserving a good nutritional status in these patients contributes to a better prognosis. In conclusion, although further studies are needed, non restricted dietary therapy in LIH maintains good nutritional status and lowers mortality risk in CKD patients. 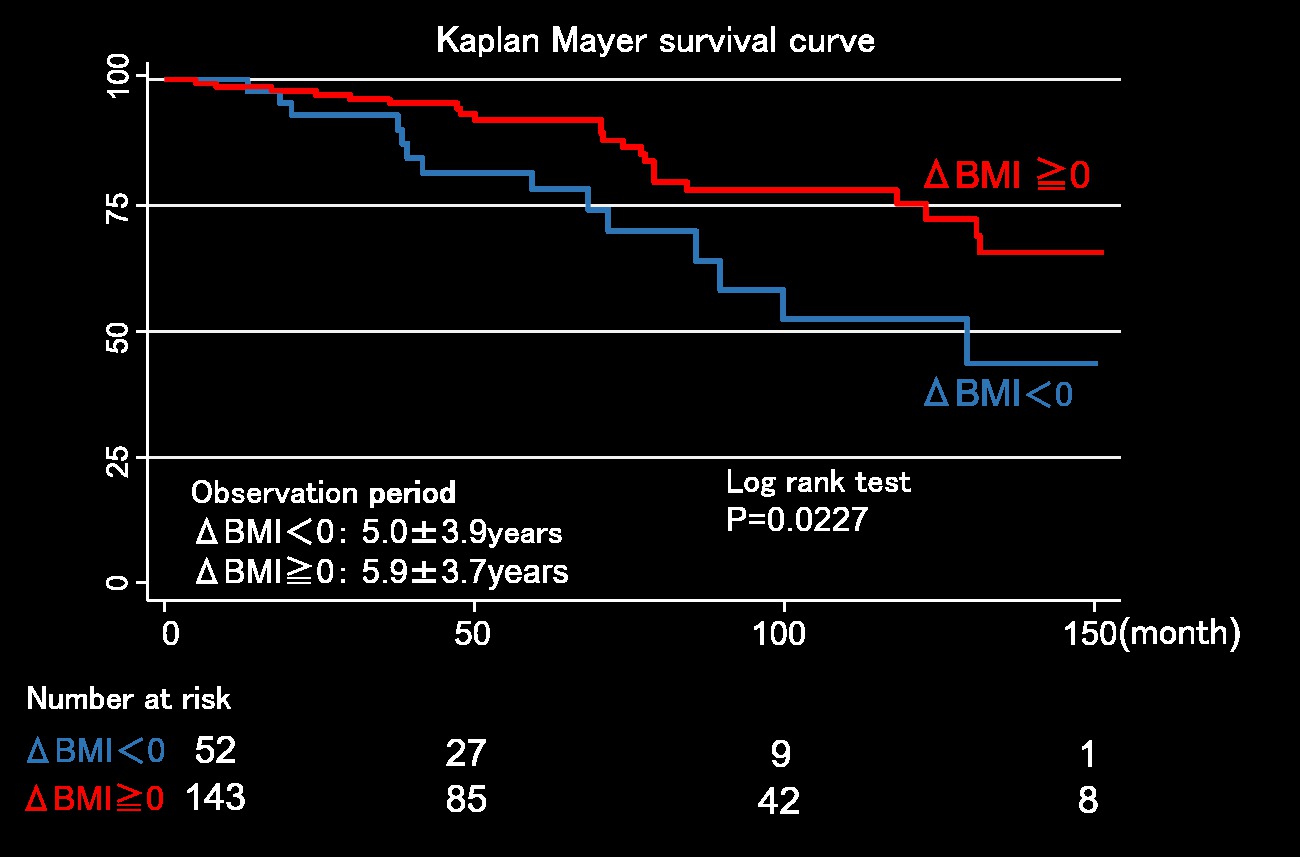