Autosomal Dominant Polycystic Kidney Disease (PKD) is the most frequent hereditary renal disease, but the exact mechanisms of cystogenesis remain to be elucidated. Deficiency in fumarate hydratase (FH) is accompanied by increases in fumarate and is associated with the development of kidney cysts. Studies in diabetic nephropathy showed that NADPH oxidase (NOX)-4 (Nox4) can inhibit FH leading to accumulation of fumarate. No studies have explored the role of Nox4 in PKD.

Metabolomic analysis identified fumarate as a potential mediator of cystogenesis in PKD. Accumulation of fumarate in PKD may be due to FH inhibition through upregulation of Nox4. Further experiments are needed to investigate the role of Nox4, FH and fumarate in PKD. 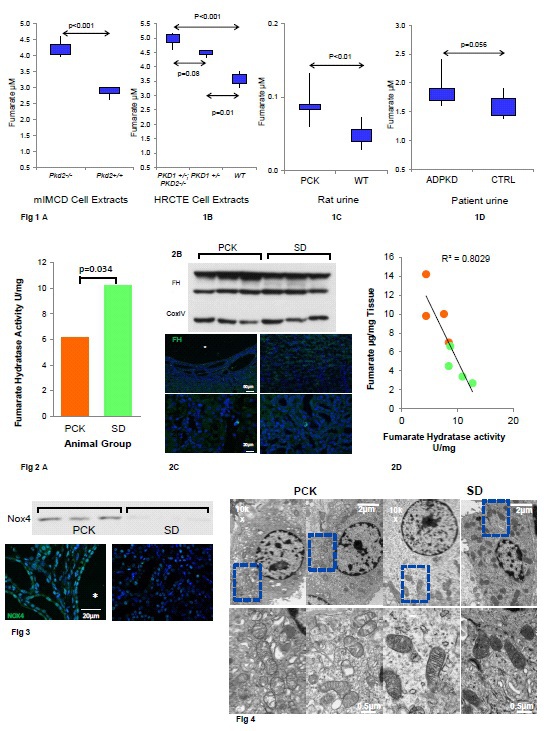