The endothelin A receptor specific blocker, atrasentan, has been shown to reduce residual albuminuria in diabetic nephropathy. However, edema has been described in some patients. We studied the effect of atrasentan in obese diabetic mice on renal pathology, renin angiotensin system and edema formation.

Male obese diabetic mice db/db(DB) and their controls(CONT) were used to study the effect of three doses of atrasentan(AS) administered for 16 weeks(10, 25 and 50mg/kgBW/day). Furthermore, a group receiving insulin(INS) was also included (10AS+INS). Body weight, glycemia, blood arterial pressure and bioimpedance were recorded throughout the follow-up and at the end of the study. WT1, ACE2 and AT1R were detected by IHC in kidney. ACE2 enzyme activity was detected in serum and renal cortex.

DB animals showed higher blood glucose levels. Only the groups AS10+INS and AS50 showed significantly reduction of glycemia. Body weight in DB animals was higher than in control animals. Atrasentan significantly increased body weight in AS10+INS group reflected in the increase of extracellular fluid composition measured by bioimpedance. In kidney, DB animals showed lower number of podocytes than in controls. Only AS10 group recovered this number. Circulating and renal ACE2 activity were increased in DB and treatments with AS reduced these values to control level. IHC for ACE2 followed the same profile described for enzymatic activity. AT1R changed its expression in a dose-dependent fashion. AS10 group showed the same profile of expression as non-diabetic group. 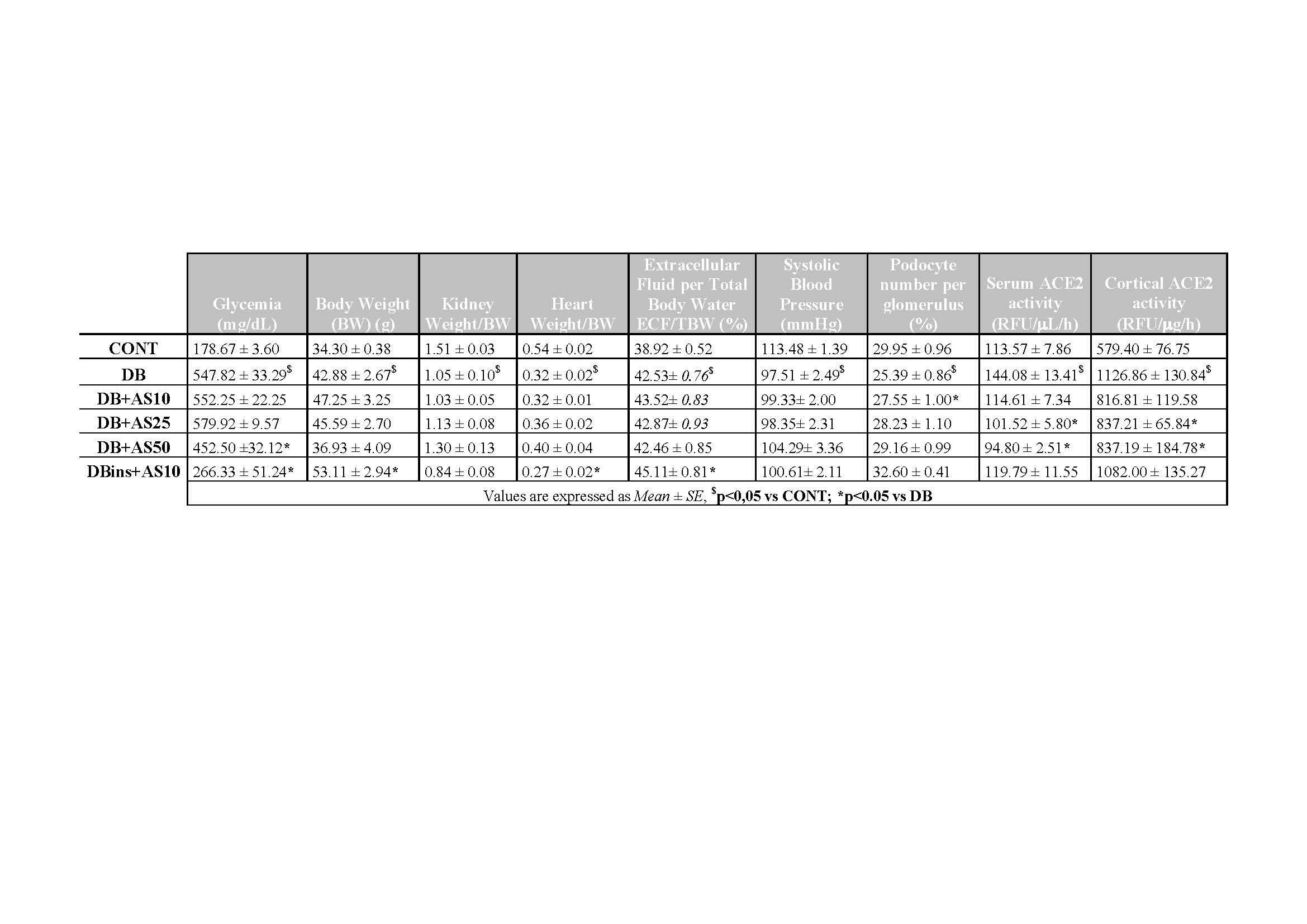