RRF is associated with improved survival in HD patients but requires cumbersome urinary collections to measure. Beta-2 microglobulin, (B2M) has been proposed as measures of RRF, without the need for such collections. We validate the predialysis B2M from the first session of the week, as a predictor of RRF in pts receiving HD or HDF.

We simulated the distribution of the predialysis B2M concentration in a mixed cohort of pts (N=10,000) receiving HD or HDF at different levels of RRF using a recently described population kinetic (PopK) model for B2M (PLoS ONE10(6):e0129575). Logistic regression models were used to derive cutoffs of B2M predicting the RRF in this development cohort (Dev). These models were then used to predict the Urea Clearance (as a measure of RRF) in a validation cohort (Val) of 350 actual patients receiving either HF or HDF (PLoS ONE 10(12): e0143813) in whom B2M had been measured. Characteristics of the Dev cohort were deliberately chosen to differ from the Val cohort to assess generalizability.

PopK derived cutoffs of B2M predict with high accuracy RRF in pts on HD or HDF. These cutoff values are nearly identical to the values previously estimated in actual pts, attesting to the validity of the PopK model. Such cutoffs may have utility when implementing the KDOQI incremental dialysis guideline & as enrollment criterior in ESRD studies. 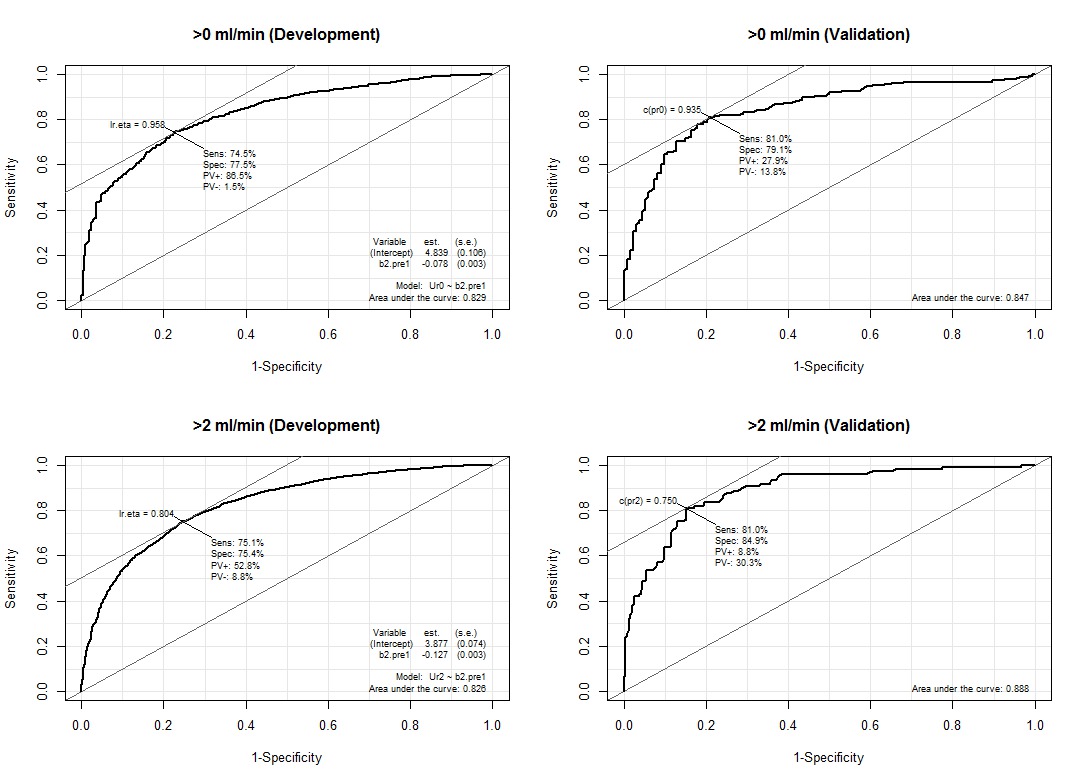