There was no significant improvement in muscle TSI during LBNP with concomitant exercise in HTN, CKD or ESRD suggesting impaired functional sympatholysis that could contribute to exercise intolerance. 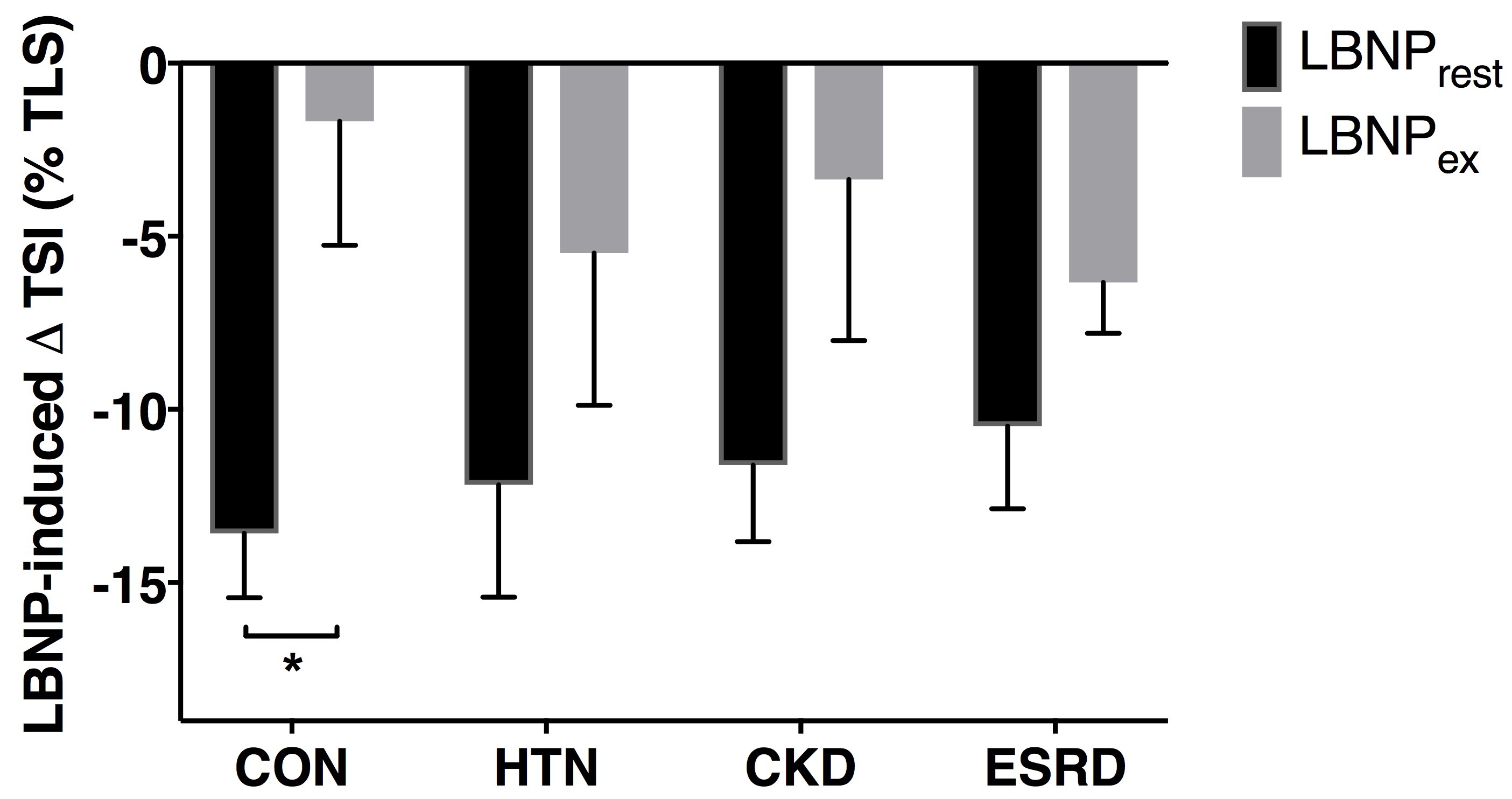