Thyroid Status and Body Composition in a Prospective Hemodialysis Cohort

Thyroid Status and Body Composition in a Prospective Hemodialysis Cohort

Thyroid status is known to control metabolism, with subsequent effect upon body composition. In addition to causing excess adiposity, hypothyroidism also increases development and growth of skeletal muscle. Whereas hypothyroidism is highly prevalent in hemodialysis (HD) patients, there has not been prior study of thyroid status and trajectory of body composition parameters in this population. 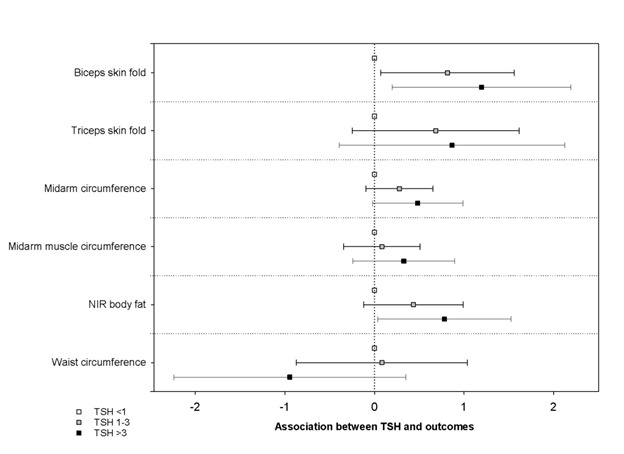