The relationship between directly measured body fat and all-cause mortality has been rarely studied. The aim of this study was to evaluate the predictive significance of computed tomography (CT)-measured body fat, including both visceral fat area (VFA) and subcutaneous fat area (SFA), for mortality.

The study included 36,656 participants who underwent abdominal CT as part of a health check-up at a single university-affiliated healthcare centre in 2007–2015. Of those, 32,593 participants with data regarding vital status as of May 2016 were included in the final analysis. The main factors evaluated were VFA, SFA and visceral-to-subcutaneous fat area ratio (VSR), and the primary outcome was all-cause mortality.

Increased VSR was an independent predictor of all-cause mortality. This suggests that the location of fat deposits may be more important than the actual amount of body fat. 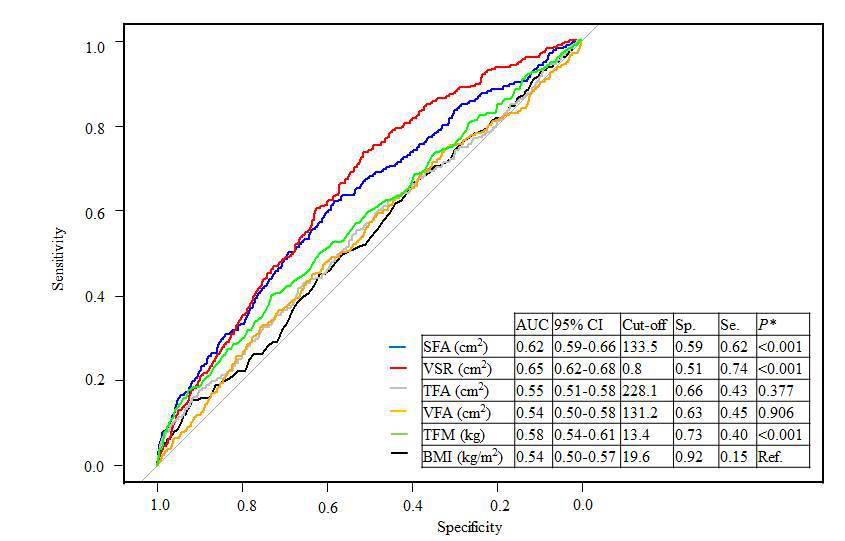