The Global, Regional, and National State of CKD Epidemiology from 1990 to 2016: An analysis of the Global Burden of Disease Study

The Global, Regional, and National State of CKD Epidemiology from 1990 to 2016: An analysis of the Global Burden of Disease Study

The last quarter century witnessed significant population growth, aging, and major changes in epidemiologic trends which may have shaped the state of chronic kidney disease (CKD) epidemiology. The GBD study provides a detailed epidemiologic assessment of 333 diseases and injuries and 84 risk factors by age and sex on a global scale and for 195 countries and territories.

Globally, incidence of CKD increased by 88.76% , prevalence increased by 86.95% , death due to CKD increased by 98.02% , and DALYs increased by 62.21%. Measures of burden varied substantially by level of development and by geography. Decomposition analyses showed that the increase in CKD DALYs was driven by population growth and aging; globally and in most GBD regions, age-standardized DALYs rates decreased. More of the CKD burden (62.96%) was in low and lower-middle-income countries; there was an inverse relationship between age-standardized CKD DALYs rate and healthcare access and quality (r=-0.52). Frontier analyses showed significant opportunities for improvement at all levels of the development spectrum.

Our results demonstrate that the global toll of CKD is significant, rising, and unevenly distributed; it is primarily driven by demographic expansion and in some regions significant tide of diabetes epidemic. Opportunities exist to reduce CKD burden at all levels of development. 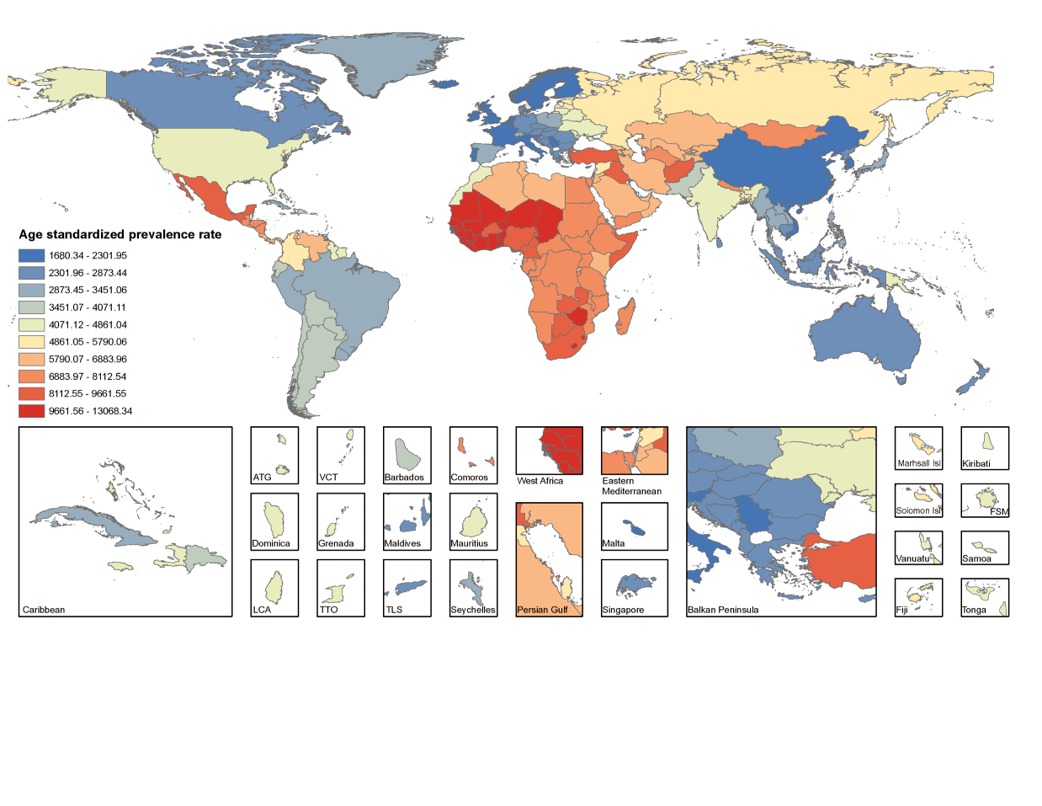