Delta-He It Is a Novel Biomarker of Mortality in Prevalent Hemodialysis Patients: A Multivariate Regression Predictive Model Development

Delta-He It Is a Novel Biomarker of Mortality in Prevalent Hemodialysis Patients: A Multivariate Regression Predictive Model Development

Delta-He is a marker of iron availability, which has been suggested as a marker of the inflammation. It is calculated as the difference between the hemoglobin content of reticulocytes (Ret-He) reflects the incorporation of iron into the erythroid progenitor cells over the previous 2–4 days, and the hemoglobin content of erythrocytes (RBC-He). Under normal conditions, Delta-He has a positive value. As iron homeostasis and inflammation are related through the action of Hepcidin, an acute inflammatory response suppresses the availability of iron to erythropoietic progenitor cells and rapidly induces a decrease in Ret-He, leading to a negative value of Delta-He.

78 patients prevalent in Hemodialysis were followed during 1 year. We have analyzed time to the event (mortality from any cause ).Has been acknowledged Mortality as Dependente Variable and Delta-He Dicotomized as independent variable. Time in Hemodialysis , KtV, the treatment with erythropoiesis-stimulating agents (ESA) and Fe iv therapy was taken into account, PCR, RET-He and Delta-He . We have realise the determinations through the Sysmex XE 500. A survival study was carried out trougt using Multivariate Regression Cox Model . The predictive model is developed with the regression coefficients. Internal validity was realise by Bootstrap. The model is presented as a nomogram.

Delta-He Negative is a predictive factor of all-cause mortality at one year in patients on hemodialysis, associated with inflammation and hypo-responsiveness to ESA. 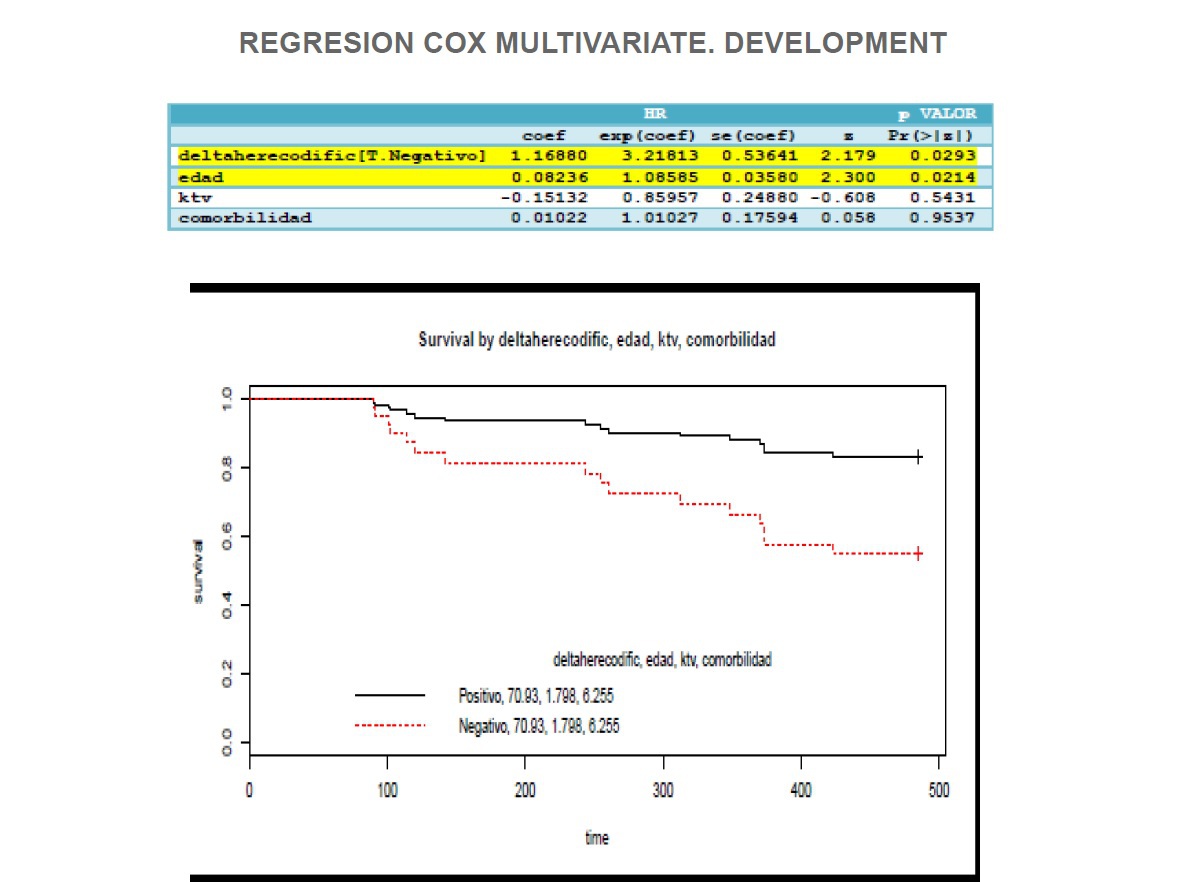