Protein energy wasting affects the nutritional status (NS) and physical function (PF) of dialysis patients. Oral nutritional supplementation (ONS) and resistance exercise (RE) or aerobic exercise (AE), have been shown to be effective for NS and PF. Nevertheless, the combination of RE and AE with ONS has not been completely elucidated. The aim of this study was to assess the effect of a 12-week intradialytic RE or AE program combined with ONS versus ONS without exercise on PF and NS indicators.

All groups had statistical significant increases in BW, BMI, MAC, AMC and AMA (p<0.05). All patients significantly improved the three different PF tests and muscle strength; however, groups with AE and RE increased 43 and 42 metres respectively the distance walked in six minutes; while the ONS group increased 11 metres (p<0.05). Regarding QOL, the group with ONS + RE shown to have more areas of improvement at the end of the study (sleep, general health and social function, p<0.05), followed by the group with ONS + AE (emotional role, p<0.05).

The effect of RE or AE combined with ONS versus ONS without exercise improves the PF and NS; however, PF measured with the 6 MWT and QOL was better at the end of the study in both groups with exercise. No statistical significant differences were observed between groups at the end of the study. All interventions have a positive effects on NS and PF. 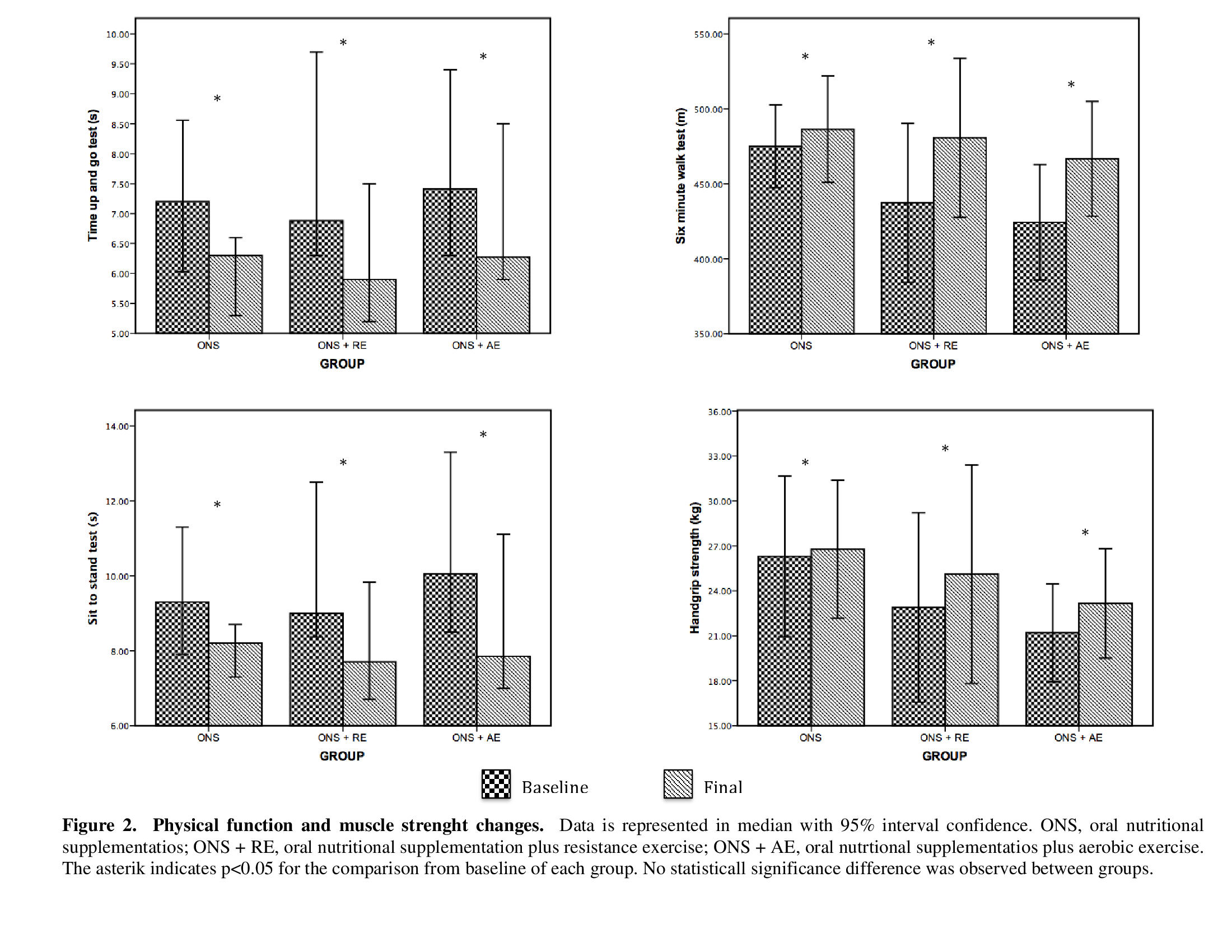