Severe CKD, Even Without a High-Phosphorus Diet, Affects the Expression of Only CaSR, VDR, and Gcm2 in the Parathyroid Glands in Rats but Not of Other Key Genes Involved in Parathyroid Function

Severe CKD, Even Without a High-Phosphorus Diet, Affects the Expression of Only CaSR, VDR, and Gcm2 in the Parathyroid Glands in Rats but Not of Other Key Genes Involved in Parathyroid Function

Secondary hyperparathyroidism (SHPT) is a common complication of chronic kidney disease (CKD), which disrupts mineral homeostasis. It occurs during the early course of progressive renal insufficiency, and is associated with mortality and cardiovascular events. Downregulation of calcium-sensing receptor (CaSR) and vitamin D receptor (VDR) occurs throughout this process. Previously, we reported that glial cells missing 2 (Gcm2), which directly regulates CaSR and is related to hyper- and hypoparathyroidism, may be responsible for the reduction in mRNA and protein levels of CaSR (ASN 2017). However, as many other important genes regulate parathyroid function, we aimed to investigate the role of these genes in SHPT progression.

CKD was induced in rats with 0.75% adenine-containing diet. CKD and control rats were maintained for 2 weeks on diets with 0.7% (normal; NP) or 1.3% (high; HP) phosphorus. For gene expression analysis, quantitative real-time polymerase chain reaction (PCR) was performed with TaqMan probes. Protein expressions was analyzed by immunohistochemistry and Western blotting. DNA methylation analysis was performed by restriction digestion and quantitative PCR.

CKD NP and HP rats showed significant reductions in CaSR, VDR and Gcm2 gene and protein expressions. Our data suggested that compared with CaSR and VDR, Gcm2 plays a major role in SHPT progression and may be an important therapeutic target for SHPT. 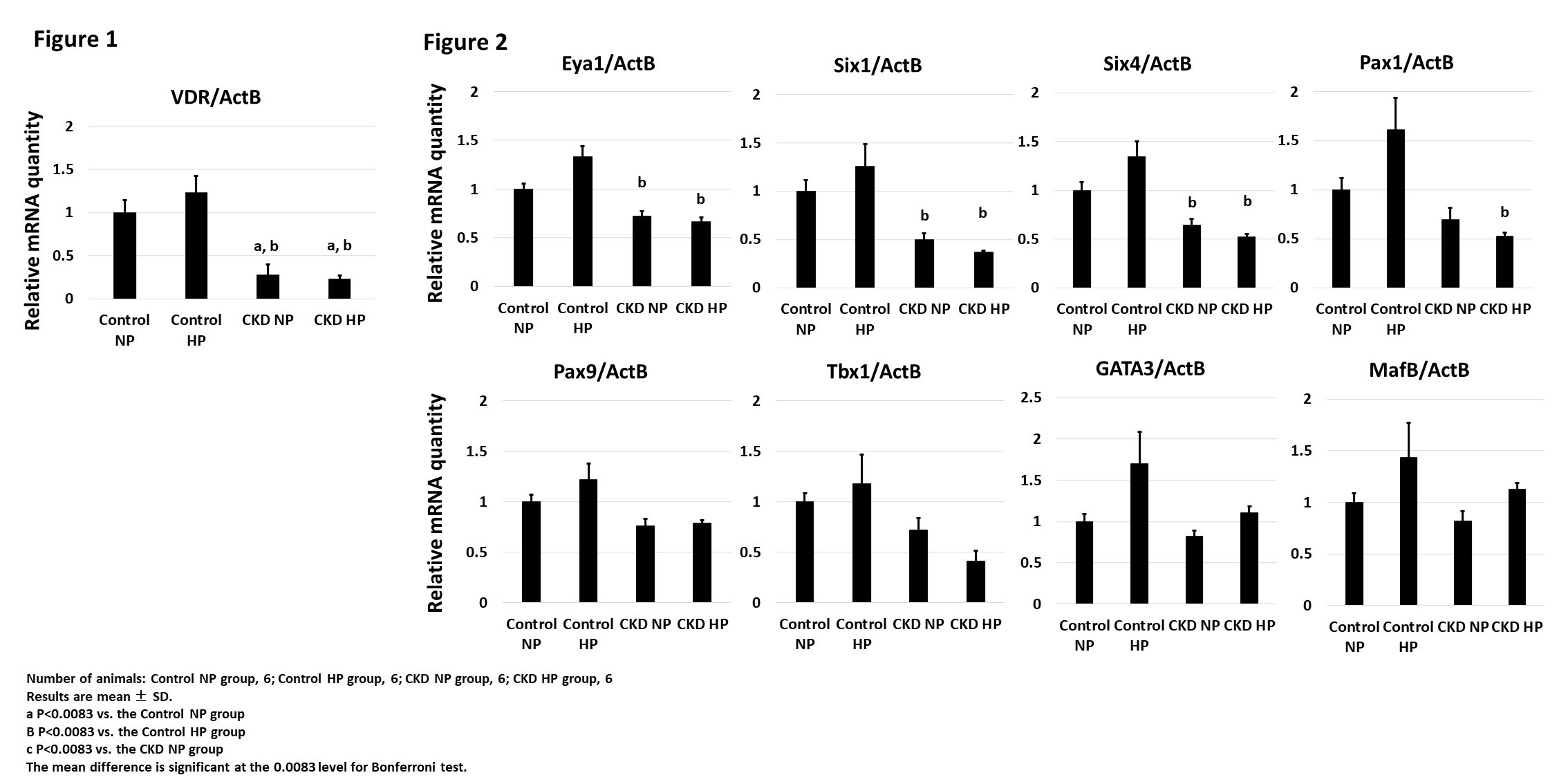