Pregnancy-associated atypical hemolytic uremic syndrome (P-aHUS) is a rare condition and affects 1 of every 25,000 pregnancies. P-aHUS is characterized by very high maternal mortality as well as severe morbidity. More than half of all patients eventually develop end-stage renal disease in less than 1 month if untreated. Most cases of P-aHUS (79%) manifest in the postpartum period; this is probably due to the complement’s involvement in aHUS pathogenesis. Eculizumab, a terminal complement inhibitor, is approved for aHUS treatment. However, its use is limited due to cost, unknown duration of treatment, and vague dose intervals to keep patients in remission.

In this case report, we present a 26–year-old female with P-aHUS with hybrid CFHR1/CFH gene. Eculizumab was initiated after 5 weeks of being on hemodialysis and plasmapheresis sessions. Full remission successfully achieved after 6th dose of Eculizumab, within 13 weeks of onset of aHUS. She was in full remission with Eculizumab, however, due to financial issues Eculizumab was set in hold due to inability to financially cover the cost. Within 6 months, she suffered recurrence of the disease and Eculizumab was re-instated. After re-inducing full remission, the patient was switched to Eculizumab every 3 months instead of the recommended manufacture dose interval of every 2 weeks. We followed this patient for 3 years and she continued to be in remission based on clinical and laboratory data.

In conclusion, achievement of successful and maintenance of remission of P-aHUS in this patient who had limited access to Eculizumab raise the attention of the efficacy of Eculizumab at longer time intervals. However, it is time to consider conducting a long-term study to learn about the safety and efficacy of this approach, which may have a major financial advantage for patients. 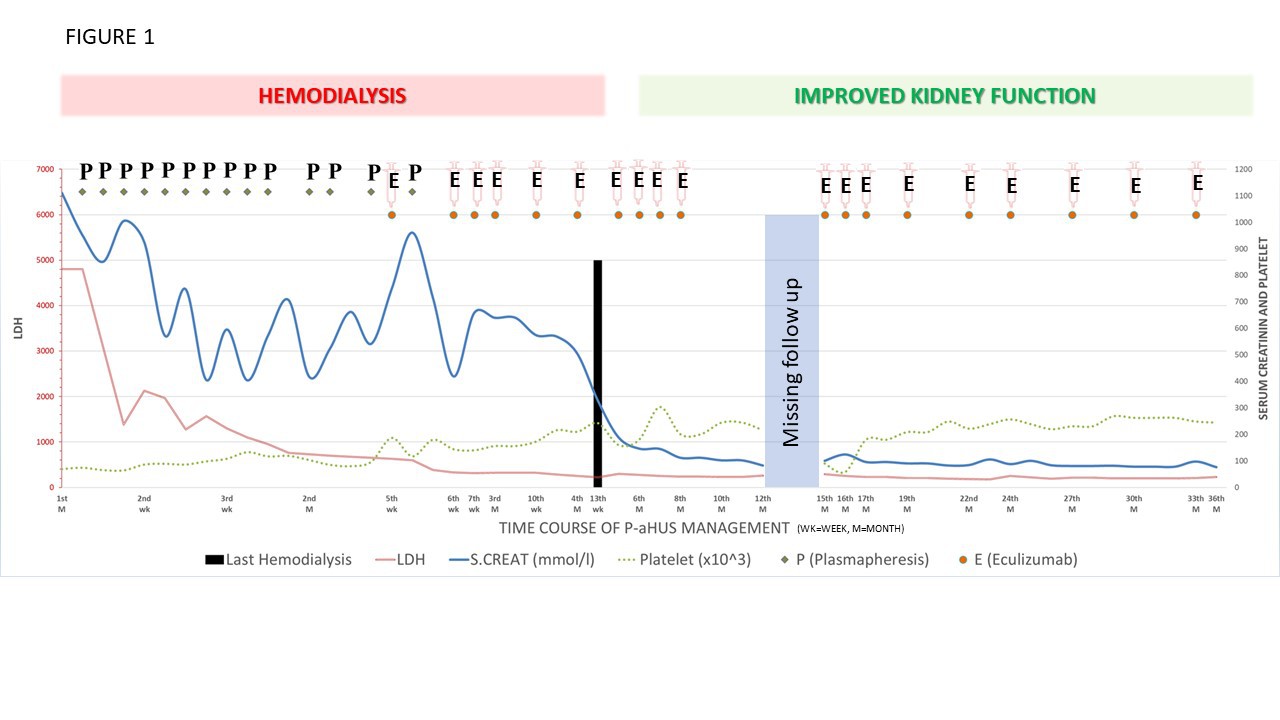