No study has specifically investigated the duration of continuous renal replacement therapy (CRRT) in patients who suffered acute kidney injury during extracorporeal membrane oxygenation (ECMO) support. However, there are concerns that prolonged CRRT may be futile.

A retrospective population-based cohort study using Taiwan National Health Insurance Research Database data collected between January 1, 2007 and December 31, 2013. Patients who received ECMO and CRRT during the study period were included. We divided the patients into three groups based on the duration of CRRT received: ≤ 3 days, 4–6 days, and ≥ 7 days.

Our study found similar long-term survival but increased long-term ESRD and ventilator dependency among the ECMO patients who underwent CRRT for 7 days or more. These results offer reason to be concerned that this aggressive form of life support may maintain patient survival but do so at the cost of long-term disabilities and, consequently, a lower quality of life 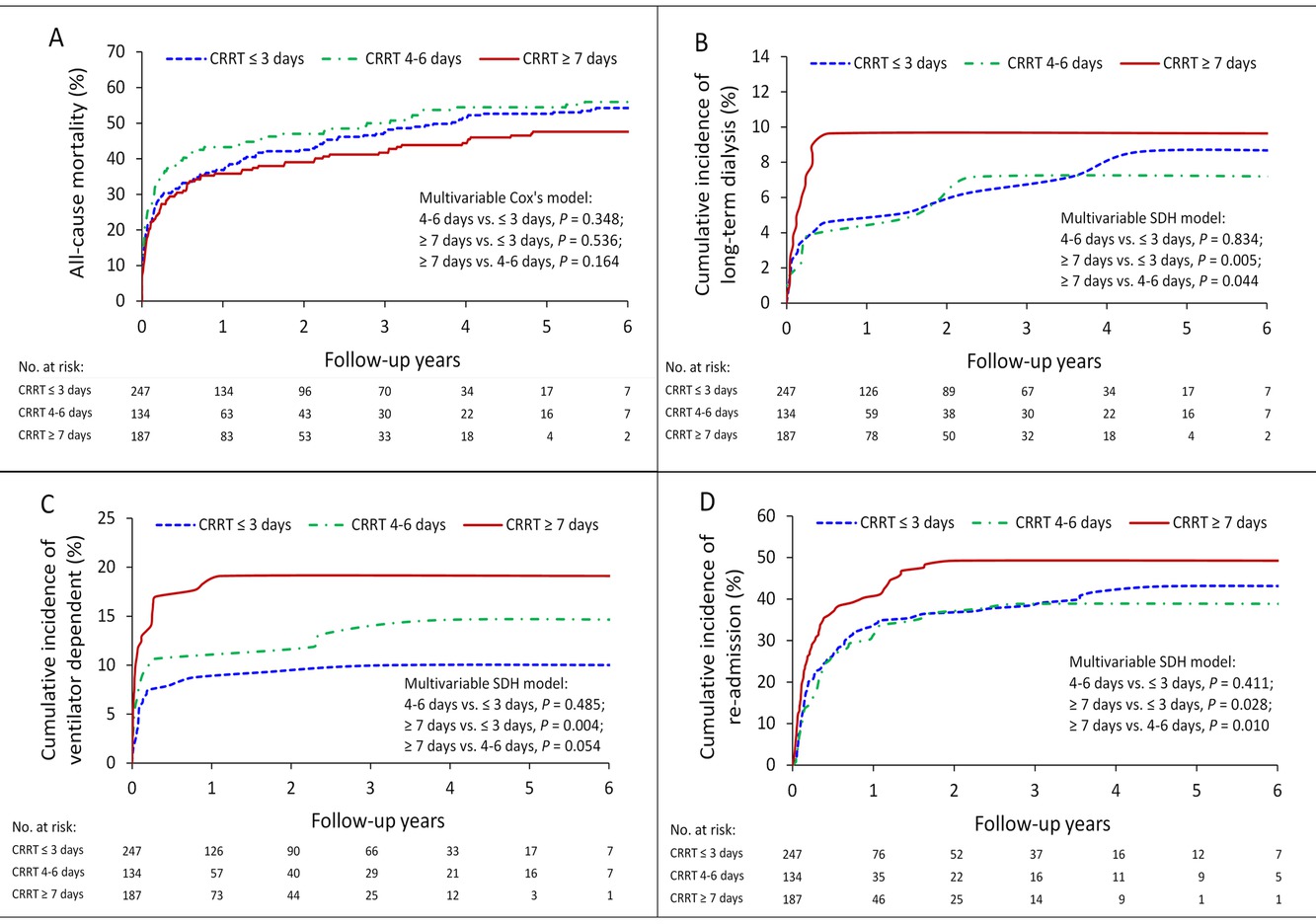