Variants in nuclear pore complex components, including NUP93, cause steroid resistant nephrotic syndrome (SRNS), but underlying mechanisms are not understood. NUP93 null mutations are likely to be lethal.
Genetic validation and investigation requires tools to link genetics to cellular function. Conventional methods in immortalized podocytes fail to model non-null variants under physiological promotors, and are limited by transfection resistance. To better mimic human disease we applied CRISPR/Cas9 to model a NUP93 variant. 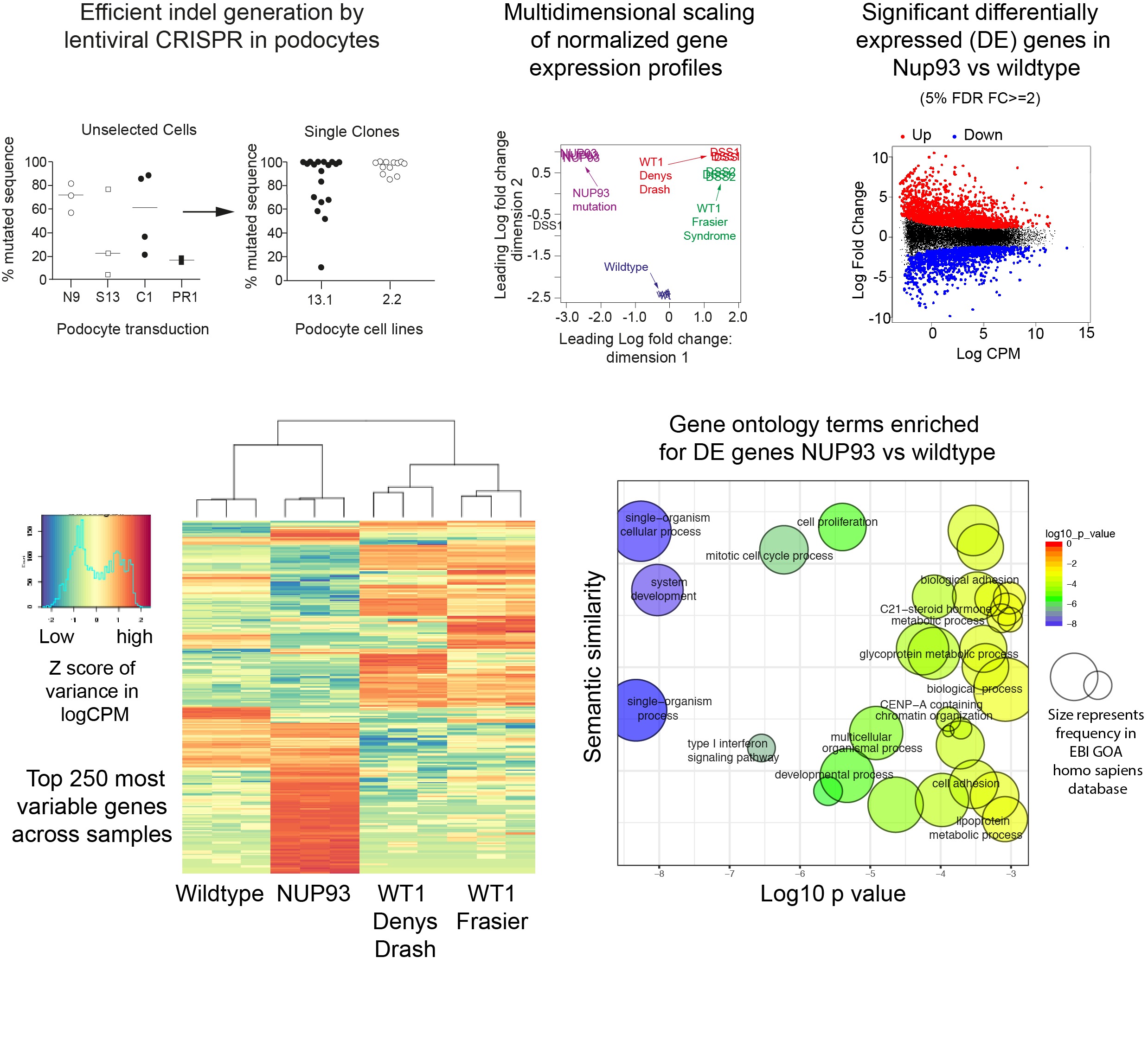