The APOL1 high-risk genotypes, present in 13% of U.S. blacks, are associated with an increased risk for hypertension-attributed kidney disease. Biopsy studies show differences in kidney vasculature by APOL1 status, but less is known about the variants' associations with systemic vascular and endothelial function.

Among African Americans in MESA, the APOL1 high-risk genotypes were not associated with subclinical measures of vascular or endothelial function. Further studies are needed to clarify the potential role of APOL1 in vascular changes. 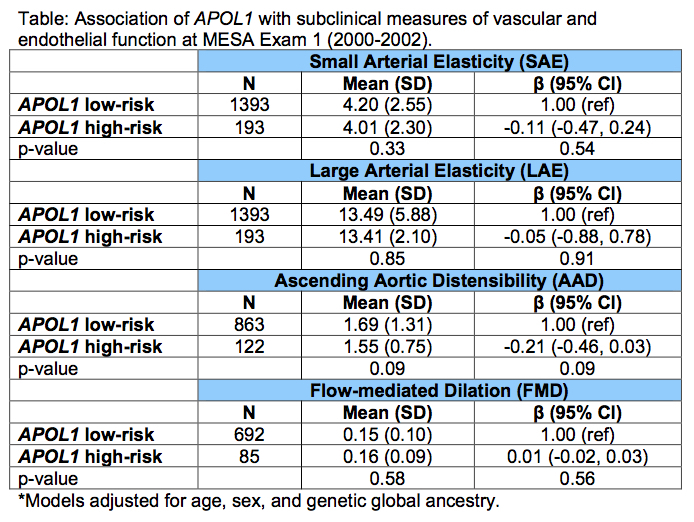