Calcium-Phosphate Product and Its Impact on Mortality in Hospitalized Patients

Calcium-Phosphate Product and Its Impact on Mortality in Hospitalized Patients

Calcium-phosphate product (CaP) of >55 mg2/dL2 is associated with acute or subacute calcification of vascular, cardiac, and other soft tissues. However, the relationship between admission CaP and in-hospital mortality in all hospitalized patients is unclear.

All adult hospitalized patients who had both admission serum calcium and phosphate levels available between years 2009 and 2013 were enrolled. Admission CaP was categorized based on its distribution into six groups (<21, 21-<27, 27-<33, 33-<39, 39-<45 and ≥45 mg2/dL2). The odds ratio (OR) of in-hospital mortality by admission CaP, using the CaP category of 27-<33 mg2/dL2 as the reference group, was obtained by logistic regression analysis. 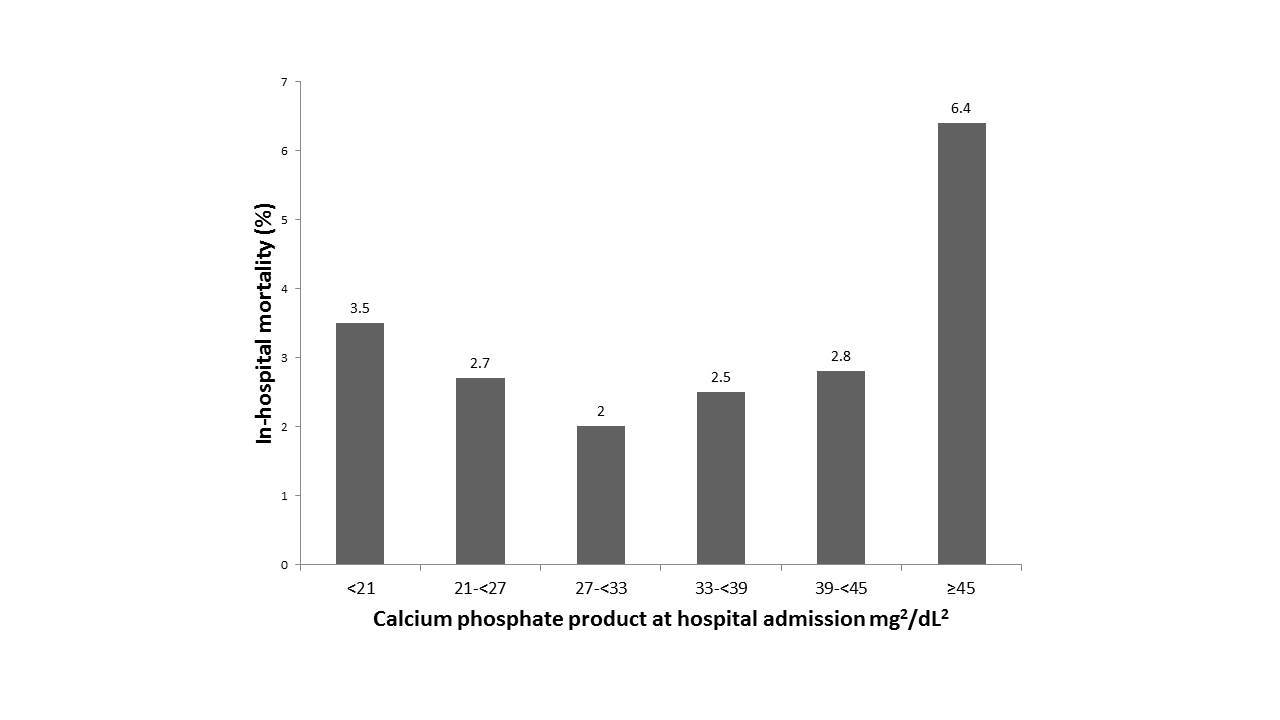