Hepcidin regulates iron metabolism by blocking iron egress from iron-handling cells. Erythroferrone (ERFE) is a hormone that is stimulated by erythropoietin and directly inhibits hepcidin production. Despite the key role of both hormones in iron metabolism, little is known about the change in hepcidin and ERFE in response to oral iron in CKD patients.

A total of 24 patients with stage 3b-4 CKD and iron deficiency were randomized to take either ferric citrate (FC;n=12, 2 gms tid with meals) or ferrous sulfate (FS;n=12, 325 mg tid) for 12 weeks. Follow-up visits were done 2, 6 and 12 weeks after baseline, at which time serum samples were collected to measure hepcidin and ERFE. Linear mixed models were used to examine changes in hepcidin and ERFE overtime and whether this differed by treatment arm.

There were no significant differences in baseline characteristics by treatment arm [Figure1]. Serum TSAT and ferritin increased by 10% and 37%, respectively, in the FC arm and 0.1% and 6%, respectively, in the FS arm after 12 weeks. The change in serum hepcidin differed by randomization arm (P=0.03). Hepcidin concentrations significantly increased in participants taking FC but not those taking FS [Figure2]. There was no significant change in serum ERFE over time in either group. 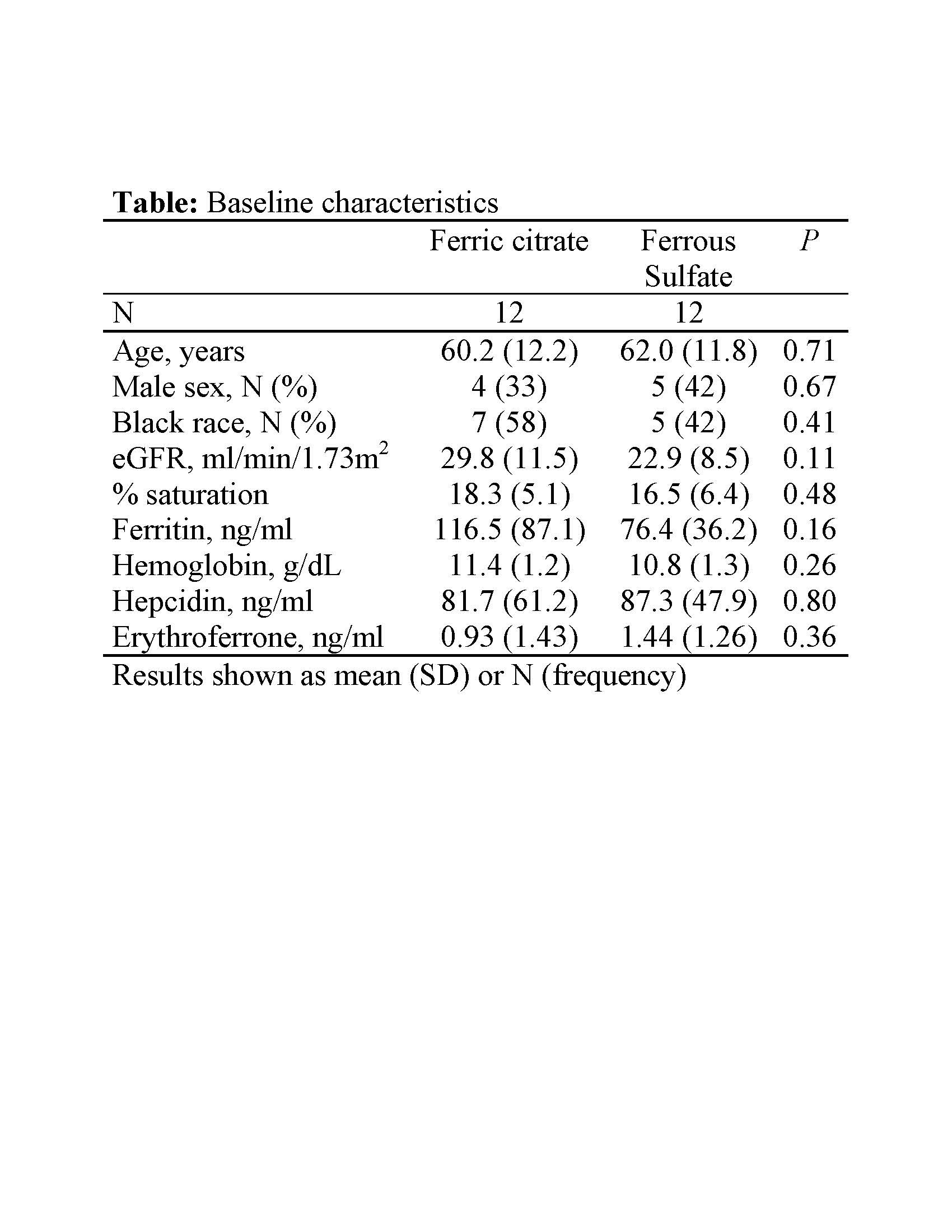 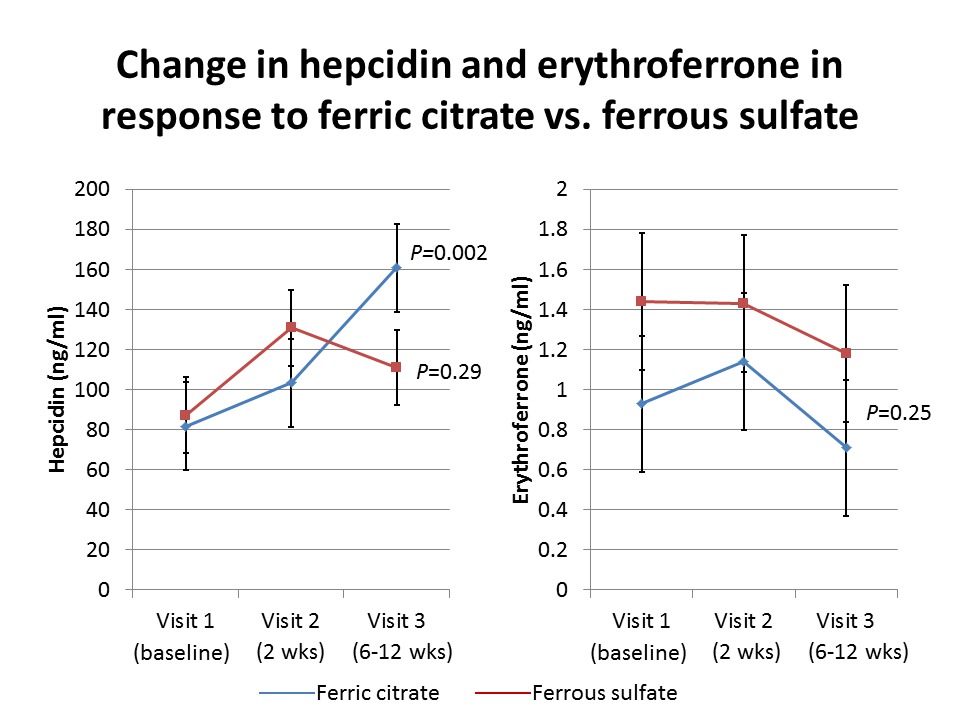