An arteriovenous fistula (AVF) is the optimal access for hemodialysis. A brachiocephalic fistula (BCF) is often placed, but cephalic arch stenosis (CAS) commonly develops leading to failure.We hypothesized that a contribution to AVF failure is low wall shear stress (WSS) (less than 0.076 Pa), resulting in neointimal hyperplasia and venous stenosis.The aim of this study was to determine the correspondence of low WSS and the development of CAS in a large cohort followed longitudinally.

39 subjects with ESRD and a primary BCF were followed from time of placement for three years or until the time of CAS.A venogram, Doppler, and blood viscosity were performed at time of AVF maturation (3 months),then annually up to three years or to time of CAS. Geometric measurements of venous diameter, radius of curvature, and arch angle were made.Computational modeling determined the location and percent low WSS in the arch.The relationship between WSS at three months and location of CAS was estimated by correlating computational modeling and quadrant location of CAS.Correspondence was examined using Chi-square.

32 subjects developed CAS by three years as shown by dots in the Figure.Of these, 25 subjects (red dots) displayed correspondence between low WSS at three months and CAS,whereas 7 subjects did not (blue dots) (p=0.0015) .Most subjects with correspondence had low WSS areas evident in greater than 20% of the arch (p=0.0006).Venous diameter,radius of curvature and arch angle at three months did not predict CAS(p>0.05). 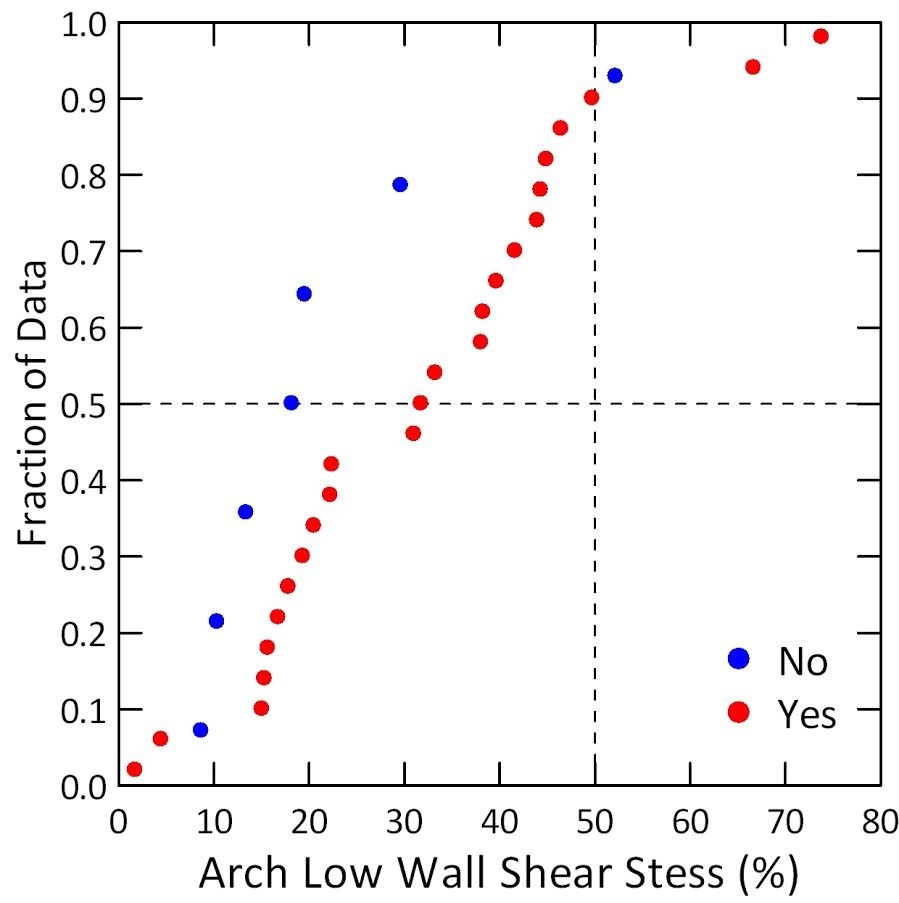