We performed a retrospective cohort study using data from the Pediatric Growth and Development Special Study, a longitudinal study within the United States Renal Data System that followed children with ESRD over a 3-year period. The primary predictor was annualized BMI z-score changes divided into quintiles. Cutoff values for these BMI z-score changes were -0.50, -0.13, 0.09, and 0.57, and the middle quintile served as the reference category. Outcome was all-cause mortality. We used Cox models (adjusted for age, sex, race, cause of ESRD and median neighborhood income) to examine the association between the predictor and outcome and to test for an interaction with treatment modality.

We included 1,182 children followed for a median duration of 19 years, of whom 35% died during follow-up. Mean age was 15 years, 40% were female, and 21% had CAKUT as the cause of their ESRD. We found a U-shaped association between weight change and mortality (Figure 1): both large declines in BMI z-score (>-0.50 per year) and large gains in BMI z-score (>0.57 per year) were associated with an increased risk of death. No interaction was noted between annualized BMI z-score change and treatment modality (p=0.15). Results were similar when follow-up was limited to 5 and 10 years after the last weight and height measurements were obtained.

Weight gain and weight loss after dialysis initiation or during transplant are strong predictors of long-term survival for children with ESRD. Maintenance of a stable weight may be associated with better survival in children receiving RRT, regardless of RRT modality. 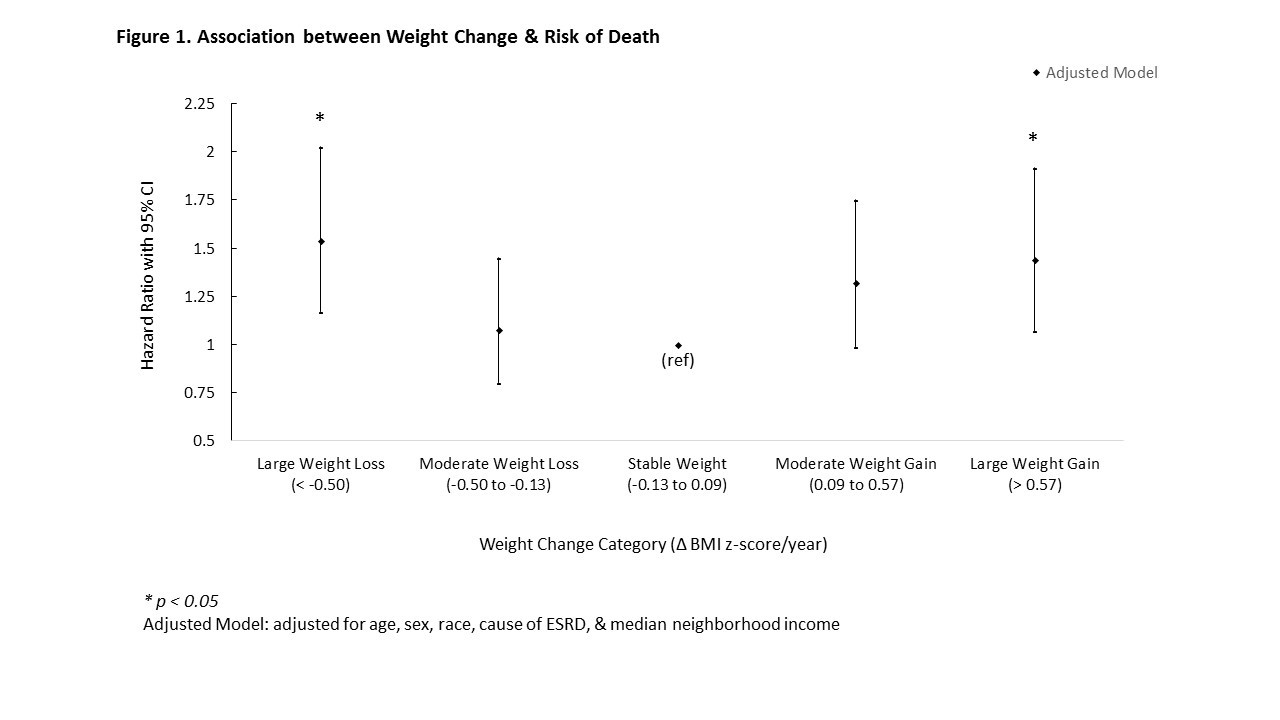