Association Between eGFR and Cognitive Performance

Association Between eGFR and Cognitive Performance

Moderate to severe chronic renal failure is known to be associated with cognitive impairment; however, few studies have looked at the impact of subclinical kidney dysfunction on cognition. This study aimed at investigating the association between cognition and eGFR in a population-based cohort.

We evaluated cardiovascular, renal and cognitive profiles in randomly selected individuals from the general population between the ages of 40 and 69 years. Cognitive function was quantified by computer-based testing of reaction time, paired associates learning (memory), and verbal-numerical reasoning. eGFR was estimated using the CKD-EPI equation. We used multivariate analysis to study the association between eGFR and cognition, while adjusting for confounders, including age, gender, income, education, smoking, hypertension, dyslipidemia, diabetes, body mass index, cardiovascular diseases, alcohol intake and psychoactive medication use. 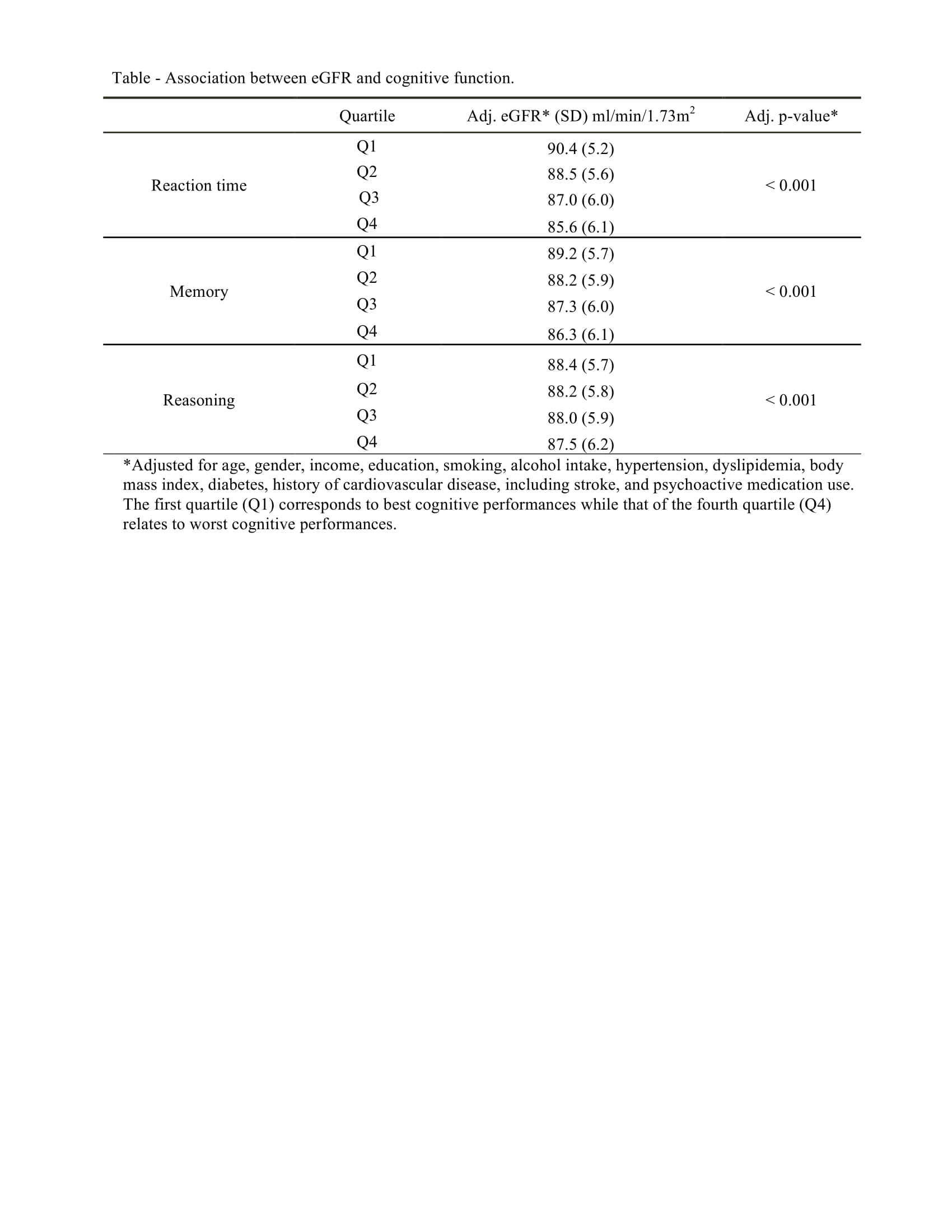