Tumor lysis syndrome (TLS) is an oncologic emergency that can lead to severe renal impairment, cardiac arrhythmias, seizures, and death. We used the Food and Drug Administration Adverse Reporting System (FAERS) database to identify associations between anticancer agents and TLS.

Reports of TLS were retrieved from the FAERS database. Reporting odds ratios (RORs) were used to estimate associations between TLS and old and new anticancer agents or their combinations.

We identified 1,615 TLS cases from among 4,330,807 case reports from the first quarter of 2004 through the first quarter of 2014. Statistically significant risk signals were detected for 56 of 64 anticancer agents. Bortezomib (BOR), a drug used for multiple myeloma (MM), had a high ROR and large number of TLS events relative to that of molecular-targeted drugs (161 TLS events, ROR = 28.89, 95% CI: 24.53－34.02). However, MM is a disease considered low-risk for TLS. We analyzed regimens containing novel MM drugs (e.g., BOR, lenalidomide, and thalidomide). Of those drugs, TLS was more frequently reported for BOR-containing treatments than for other MM treatments (Fig. 1).

Although the risk of TLS is generally considered low for MM patients, careful evaluation of TLS risk is recommended for those receiving BOR-containing therapy. 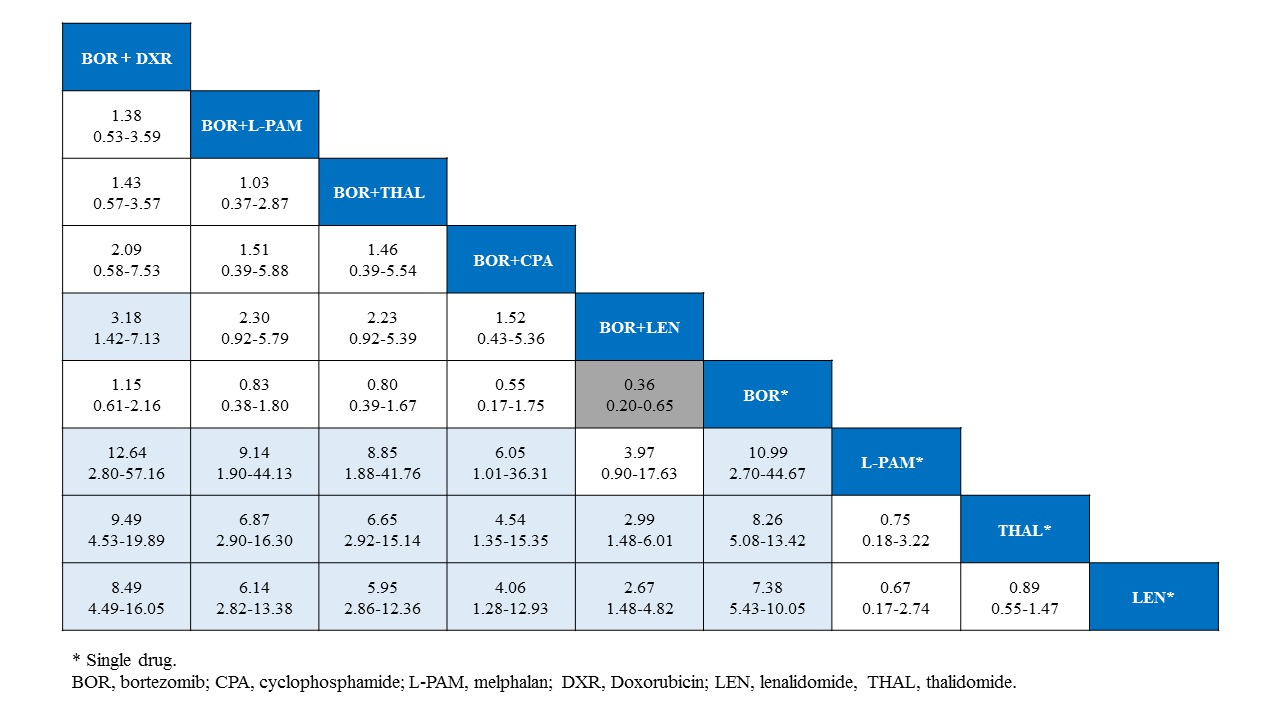