The severity of IMN is a main concern for making a decision whether a patient should be treated with immunosuppressive agents as the treatment will predispose the patient to opportunistic infections. Urinary angiotensinogen (UAGT) has been shown highly correlated with the severity of chronic kidney disease and its relationship with severity of IMN was explored.

Data were collected from 48 biopsy-proven IMN, 46 minimal change disease (MCD), and 44 healthy controls. Urine samples were collected before the use of RAS inhibitors. UAGT levels were determined with a method of ELISA.

UAGT levels were not different between IMN and MCD patients, but both of them were higher than those of normal subjects. In IMN patients, UAGT was correlated with serum albumin, estimated glomerular filtration rate and proteinuria. These associations were not found in MCD patients. Multivariate regression showed that only proteinuria independently determinate the value of UAGT (β=0.649, p<0.001) in IMN patients. ROC curve analysis showed that proteinuria >7.8g/d was associated with higher UAGT level (sensitivity=55.00% specificity=89.29%, p=0.001).

UAGT level is one of severity markers of IMN and may serve as a cofactor in making a treatment decision. 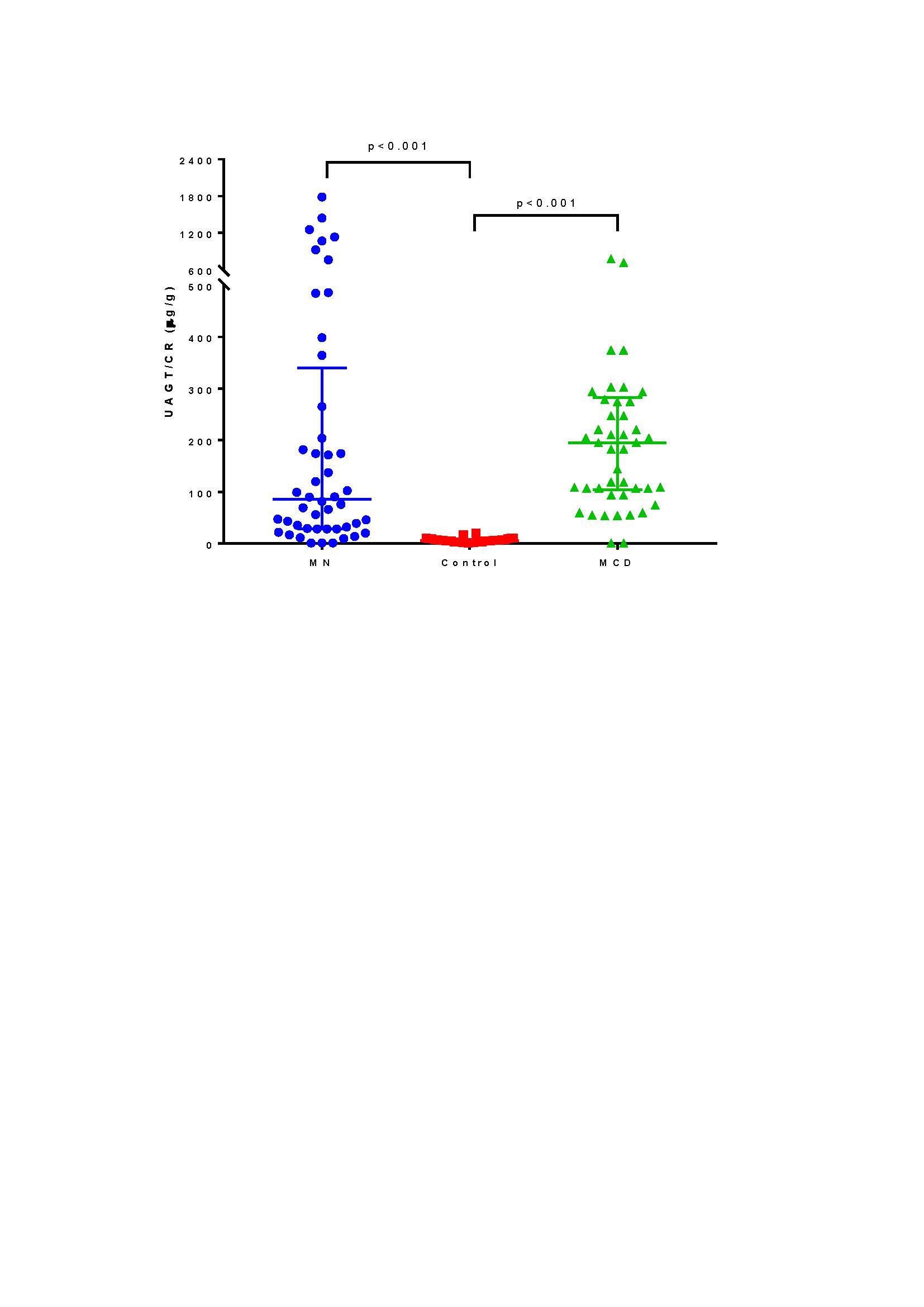 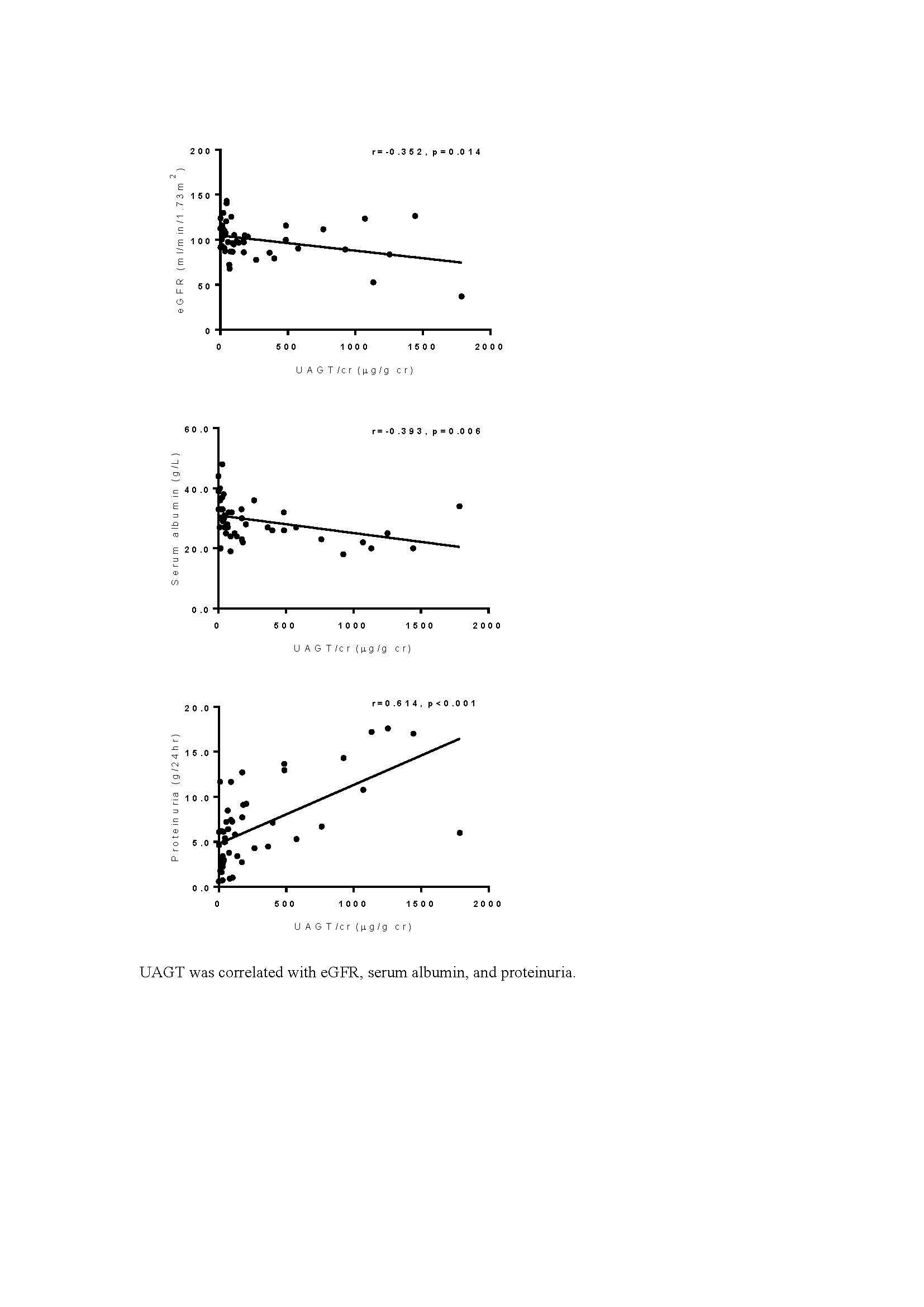