Among a subgrop from the ACCORD trial, randomization to intensive BP control reduced eGFR but did not increase injury markers. These findings support the hypothesis that eGFR decline in intensive BP arm of ACCORD predominantly reflect hemodynamic alterations. 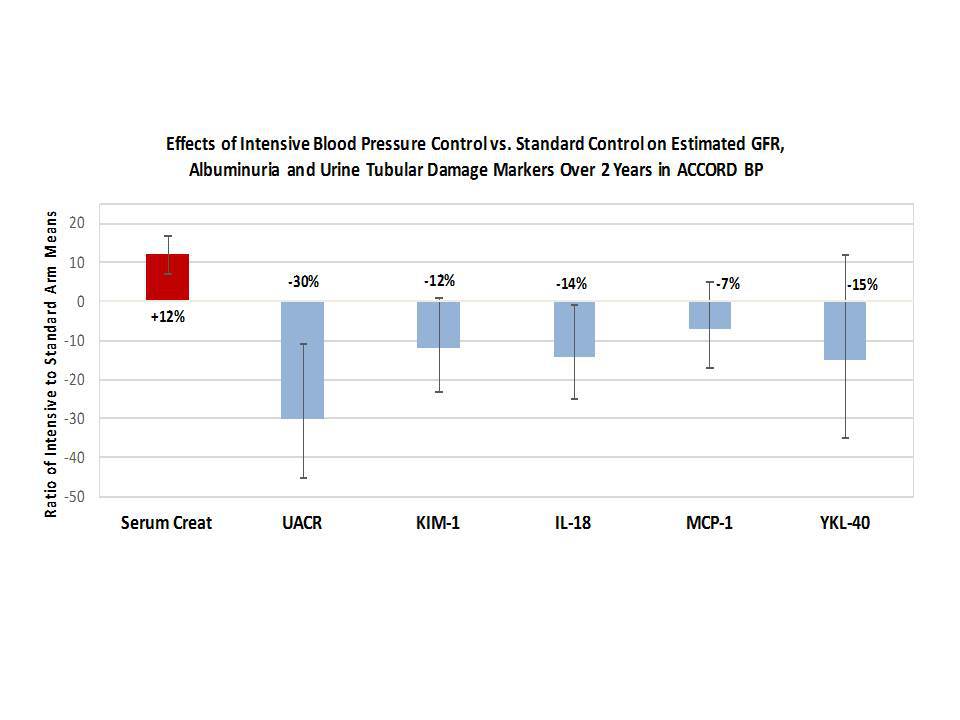