We prepared histological slides of venous samples from 100 randomly selected patients at the time of AVF creation in the HFM Study. The protein expression levels of MMP-2 and MMP-9 were quantified by immunohistochemistry and ImageJ, and reported as a percentage of the total medial area. We then investigated the statistical associations of MMP-2 or MMP-9 levels with AVF diameter and blood flow assessed using duplex ultrasound at 6 weeks after AVF creation.

Preexisting venous medial MMP-2 expression was associated with impaired AVF maturation in this subset of HFM patients. More rigorous validation of this observation using a larger cohort is necessary. 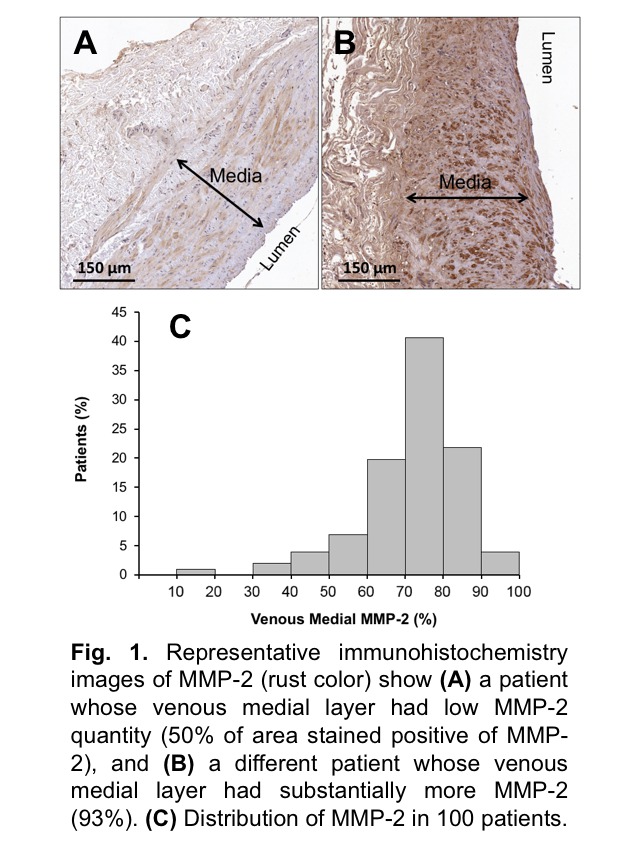