Metabolic changes in chronic kidney disease contribute to poor survival. Accumulated evidences indicate that dietary supplementation with branched-chain amino acids exerts a variety of beneficial effects in diabetic animals and humans. The aim of this study was to find out possible impact of Ketosteril supplement on survival of diabetic patients under predialysis status.

We analyzed a nationwide cohort from Taiwan’s National Health Insurance Research Database, to study the long-term impact of Ketosteril supplement in predialytic diabetic nephropathy patients. We enrolled 14257 out of 1,000,000 random subjects with diabetic nephropathy and predialysis status between January 1, 2004, and December 31, 2007. Patients who ever received Ketosteril therapy after confirmation of predialysis status were defined as Ketosteril users. All patients were followed-up for 5 years after entering predialysis status. The study endpoints were all-cause mortality and occurrence of stroke, congestive heart failure, and chronic dialysis.

The prevalence of Keosteril usage in diabetic nephropathy patients with predialysis status was 2.72%. The 5 yrs all-cause mortality of Ketosteril users was significantly lower than that of non-users (33.7% vs 46.5%, p < 0.001). After adjustment for known risk factors, the Ketosteril users had significantly lower risk for mortality (hazard ratio:0.61, 95% confidence interval: 0.50-0.75, p < 0.001). When further stratified according to age, hazard ratios of mortality were 0.73 and 0.49 among patients who younger and older than 70 years, respectively.

Predialytic diabetic nephropathy patients who received Ketosteril supplement had a significantly prolonged survival. This study suggests Ketosteril might be a therapeutic choice to prolong the survival of predialytic patients. 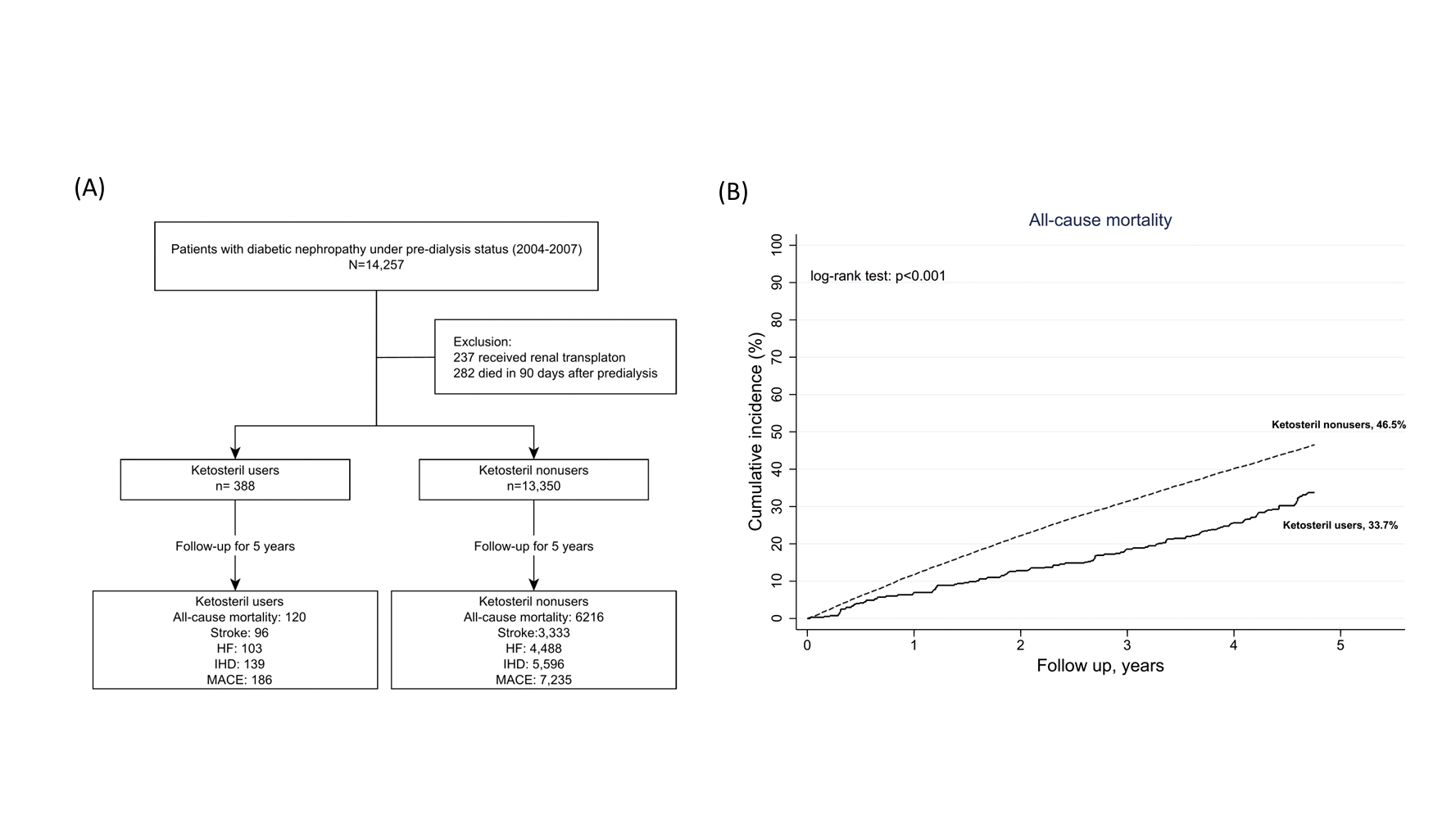