Uromodulin is released by tubular epithelial cells into the serum (sUMOD) and low levels are associated with tubular atrophy and interstitial fibrosis (IF/TA). However, little is known about the association of sUMOD with long-term kidney outcomes in the elderly, a population with a high prevalence of IF/TA.

We assessed the association of sUMOD with end-stage-renal-disease (ESRD) in a random subcohort (n=933) plus all additional cases of ESRD in the Cardiovascular Health Study using a modified Cox regression analysis. We also evaluated the association of sUMOD with kidney function decline (≥30% decline of estimated glomerular filtration rate (eGFR) at 10 years of follow up) using logistic regression. Sampling for the latter was from the random subcohort as well as all additional cases. Models were adjusted for demographics, eGFR, albuminuria and other risk factors.

Low levels of sUMOD may identify persons at increased risk for ESRD. 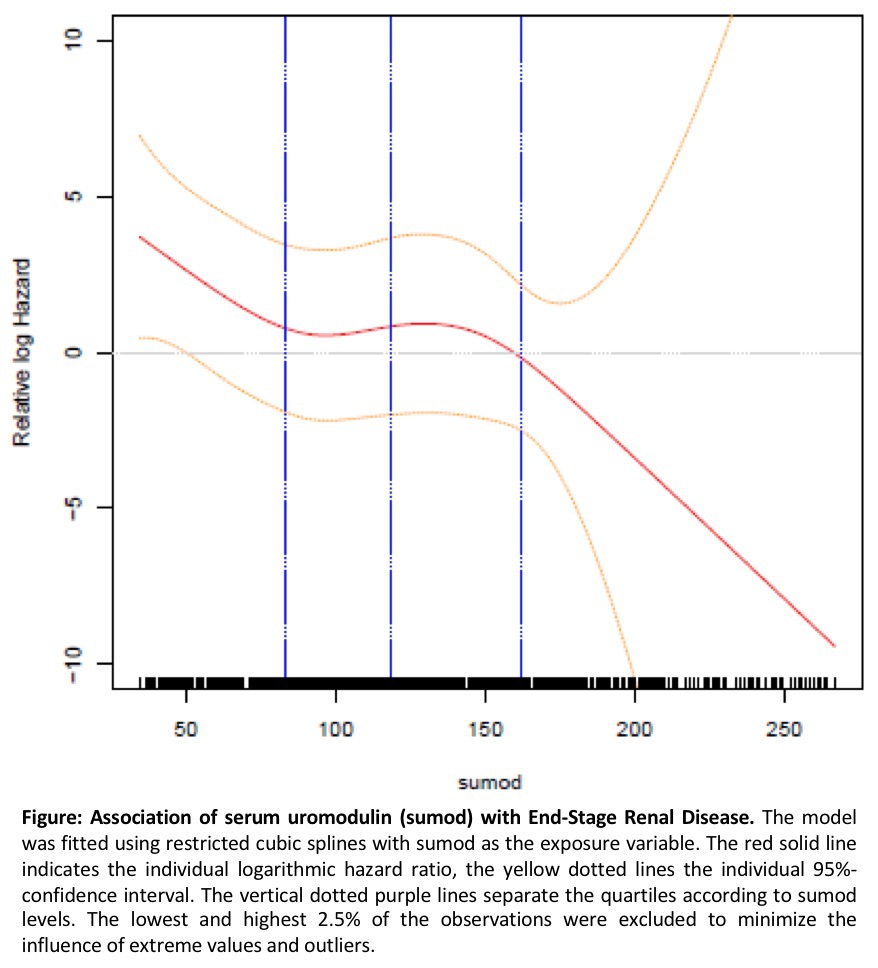