In this translational study, we combined transcriptional profiling of serial protocol biopsies after kidney transplantation in humans (RNAseq analysis from 163 protocol biopsies) with the extensive characterization of immunological processes up to 18 months after ischemia/reperfusion injury (IRI) in mice (RNAseq, immunofluorescence, B cell receptor analysis and autoantibody detection).

In human kidney allografts, a transcriptional B cell signature correlated with fibrosis and reduced graft function. The presence of a B cell signature at 1 year was associated with an injury/repair response earlier after transplantation, not primarily related to episodes of allograft rejection. In the mouse model, we identified a sustained immune response in the absence of foreign antigens in conjunction with the transition to chronic kidney disease. The late intrarenal response after IRI was characterized by the appearance of ectopic lymphoid structures hosting the proliferation and maturation of B lymphocytes into antibody secreting cells. The B cell receptor analysis was consistent with a process of clonal expansion and affinity maturation of B lymphocytes in the damaged kidney. In the absence of foreign antigens this process resulted in the production of systemically detectable broadly-reacting antibodies.

These findings highlight stage specific immunological responses to kidney injury shared between the mouse and human kidney and suggest a new disease model for chronic forms of injury and rejection after transplantation with dysfunctional kidney repair as the primum movens of late B cell mediated immunity. 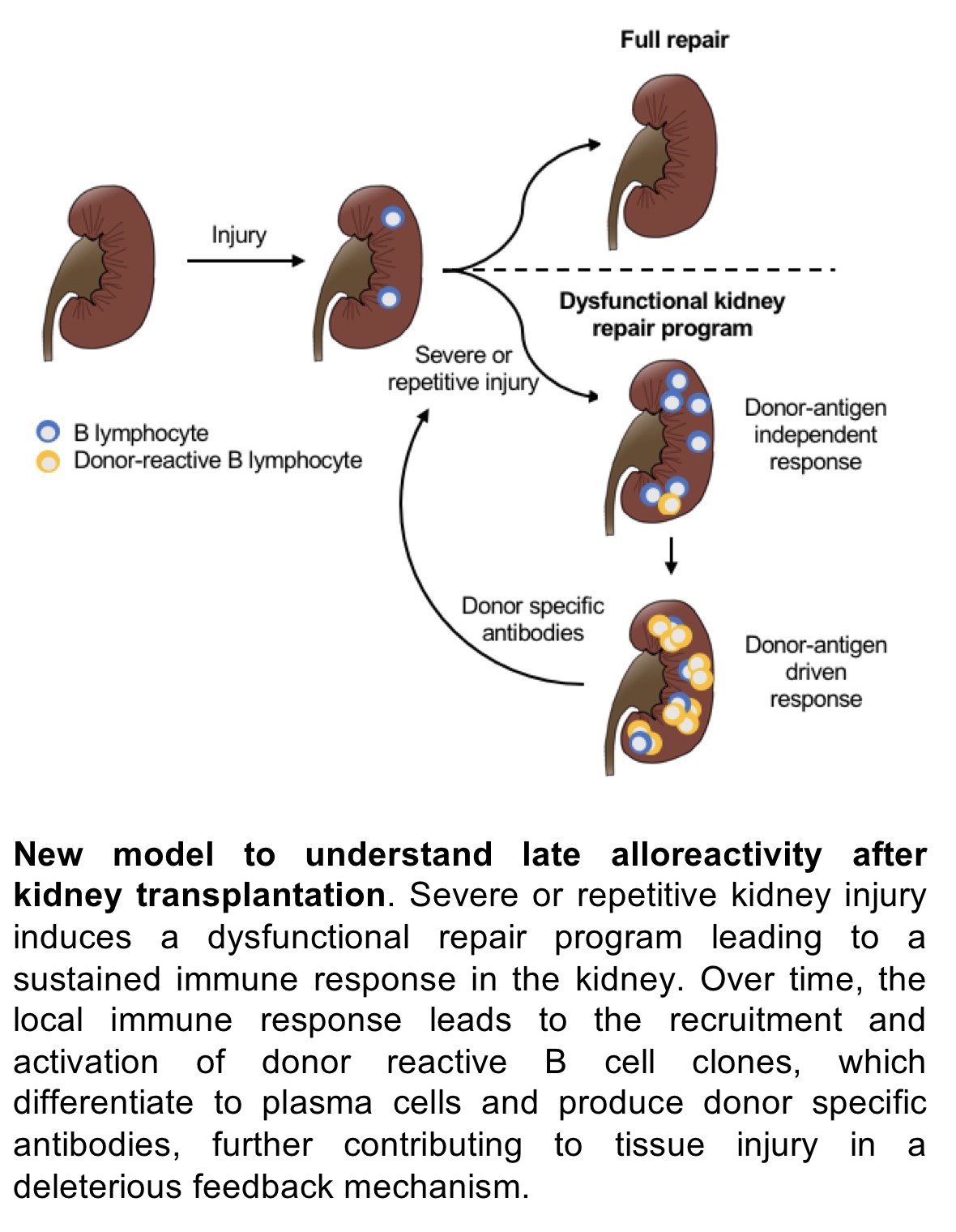