Glomerular diseases are a leading cause of chronic kidney failure and the podocyte is one of the main target of these diseases. We previously evidenced a protective role for a podocyte-expressed immune receptor such as the common gamma chain (γC) during glomerulonephritis. We also found that STAT5, a transcriptional factor classically described and activated downstream γC in T cells is upregulated in podocytes during glomerulonephritis. Hitherto, STAT5 role in podocyte remains to be determined.

Using mice with a podocyte-specific deletion of Stat5, we analyzed the role of STAT5 in two experimental models of glomerular diseases.

First, during crescentic glomerulonephritis, podocytic-STAT5 deficient mice developed increased proteinuria compared to their wild-type littermates. Second, during adriamycin induced-nephropathy, the absence of podocyte STAT5 led to increased albuminuria and severe podocytic injuries in comparison to controls (Figure 1). Moreover podocytic lesions were associated with loss of podocyte differentiation markers such as WT1 especially in podocytic-STAT5 deficient animals. Renal T-cells and macrophages infiltration were not affected by the deletion of podocytic Stat5 .

Taken together, our results suggest an yet unsuspected protective role of podocytic γC /STAT5 signaling during glomerular diseases. 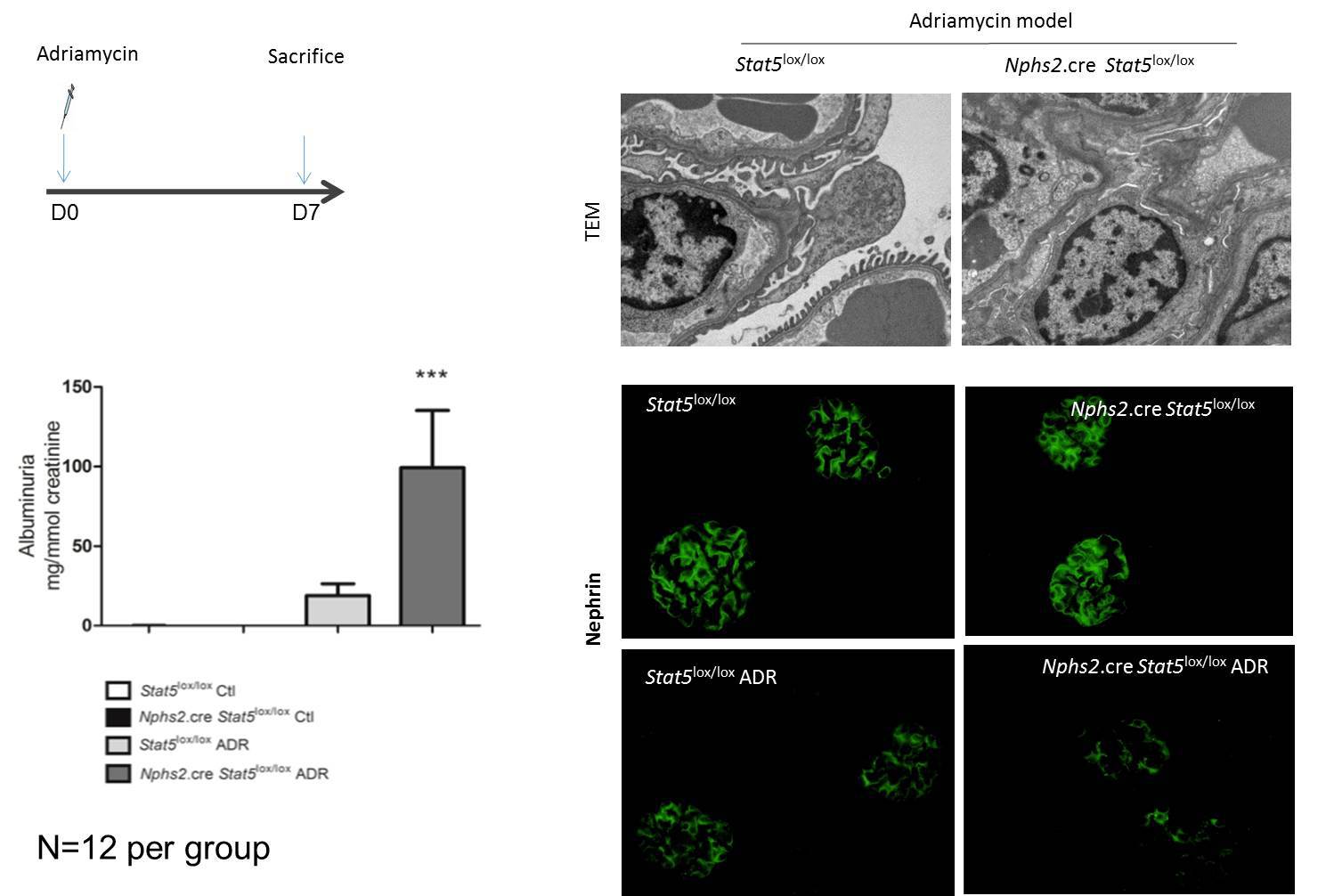