Prior studies report differences between health and CKD in intrarenal oxygenation and fibrosis, as measured by MRI. Data on longitudinal relationships of MRI biomarkers with change in eGFR are limited.

We obtained baseline and follow up renal MRI in 87 of 205 participants of the COMBINE trial, which was a randomized, double-blinded, 12-month, 4-group parallel study of nicotinamide and lanthanum carbonate vs. placebo in individuals with CKD stages 3-4. Relaxation rate R2* was the BOLD MRI index; higher values of R2* may represent decreased oxygenation. Apparent diffusion coefficient (ADC) was the diffusion MRI index; lower values of ADC may be due to greater fibrosis. We evaluated longitudinal data from all 87 participants to test the hypotheses that higher R2* values and lower ADC values are associated with decline in eGFR.

R2* and ADC remained stable during 12 months. While R2* did not correlate with change in eGFR, change in ADC correlated with faster decline in eGFR, and individuals with diabetes and rapid loss of eGFR had the lowest baseline and follow up ADC. Larger studies with longer duration are needed to further test BOLD and diffusion MRI measurements as possible imaging biomarkers of kidney function. 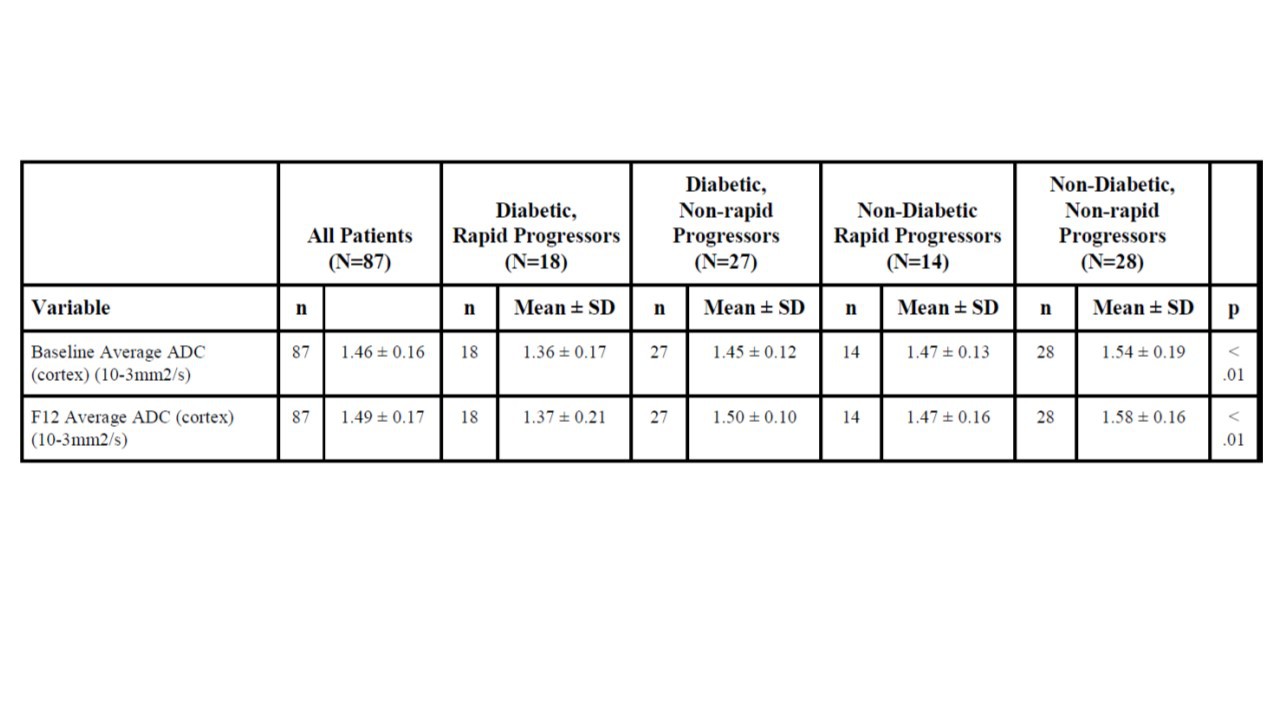