Pathogenesis of minimal change nephrotic syndrome (MCNS) remains unclear, though recent studies suggest a role for malfunction of regulatory T cells (Tregs) and abnormal expression of several podocyte-related molecules, such as CD80 (Garin E, et al. Pediatric Nephrology, 2016). All-trans retinoic acid (ATRA) has the potential to regulate the immune system, including induction and differentiation of Tregs, in addition to its vitamin function. Therefore, we aimed to investigate the potential of ATRA as a protective therapy for MCNS through suppression of CD80 in vitro.

Human-derived immortalized podocytes were treated with puromycin aminonucleoside (PAN) as an in vitro model of MCNS. Cells were treated with ATRA (10 µM) or DMSO in starvation medium on day 1 followed by PAN (50 µg/ml), or PBS on day 0. Samples were collected after 72 h for analysis. Protein expression levels of CD80 and retinoic acid receptor (RAR) were measured by western blotting.

ATRA suppresses CD80 overexpression caused by PAN stimulation through RAR in podocytes. ATRA might have an antiproteinuric effect on MCNS through its direct effect on podocytes. 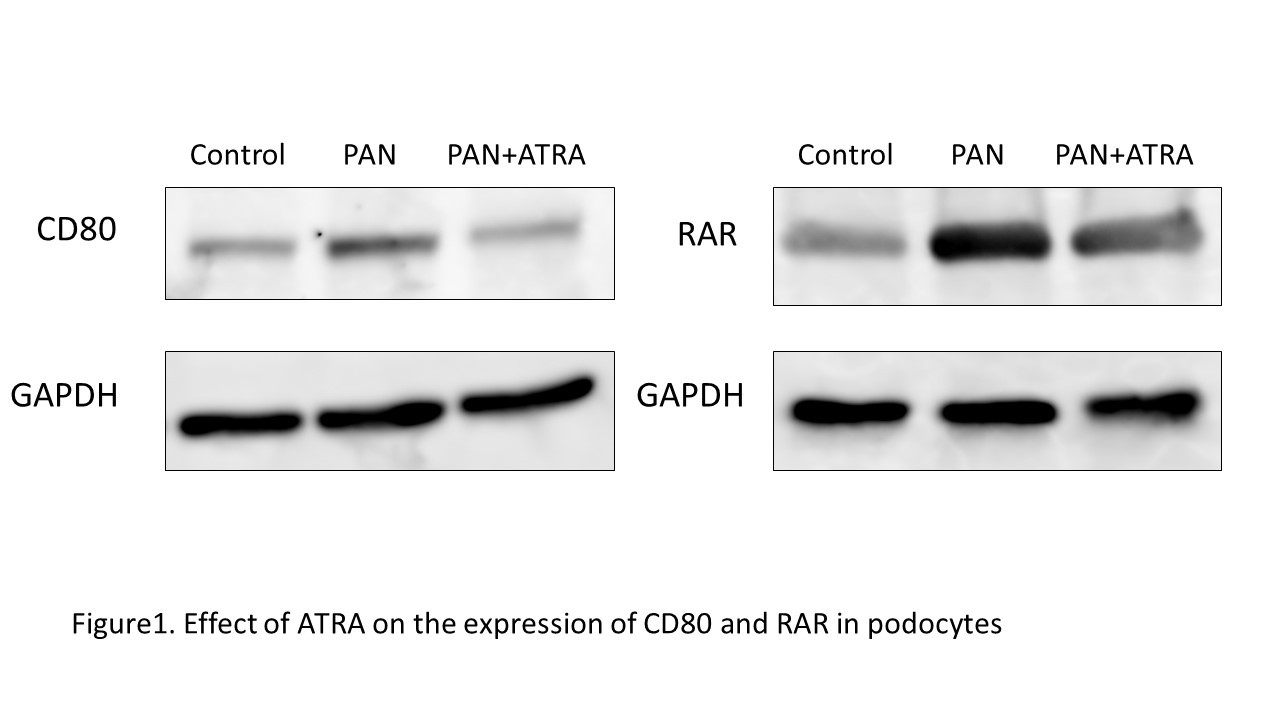