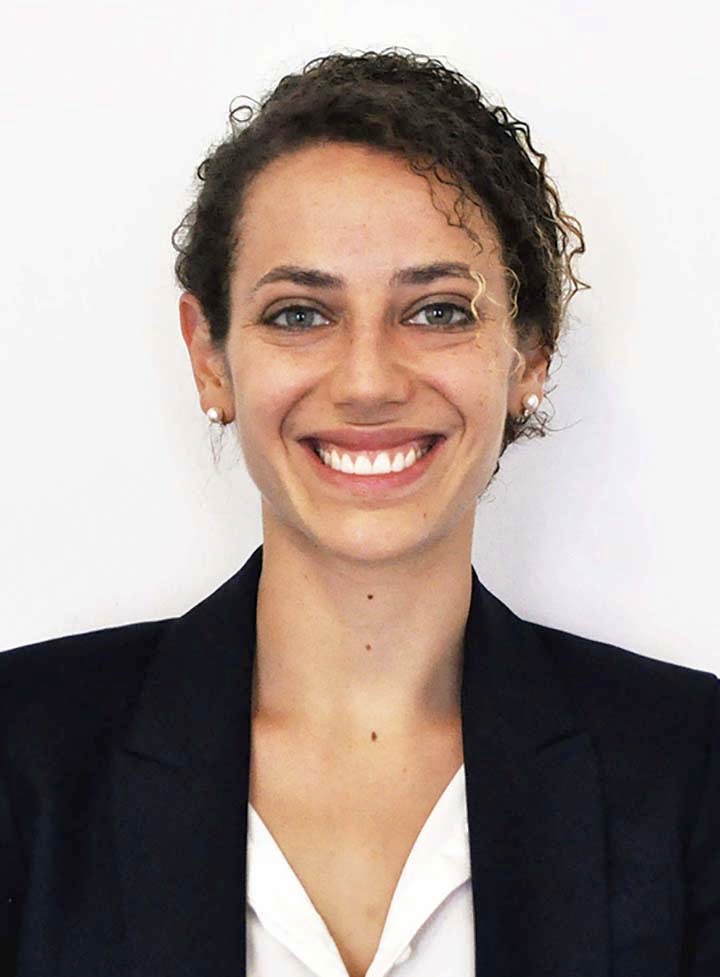 Development of anti-HLA donor specific antibodies (DSA) is associated with antibody mediated rejection (AMR) and reduced graft survival. Changes in circulating T and B cells before AMR development have not been investigated systematically.

We used time-of-flight mass cytometry (CyTOF) to comprehensively characterize T and B cells in prospectively collected PBMC from 10 pediatric kidney transplant recipients who developed DSA and 11 matched controls who did not develop DSA. PBMC were obtained at 2 months post-transplant, 3 months prior to DSA development, and at DSA detection (PBMC from controls were collected at the same time-points).

DSA+ and DSA- patients had similar baseline characteristics and comparable T cell frequencies across the different time-points. Patients who developed DSA had significantly more B cells with an antibody-secreting phenotype (CD27+CD38+) compared to DSA- controls 3 months prior to DSA detection (p=0.01; Figure 1A,B). Within DSA+ patients, only those that developed AMR (n=5; 18±3.6 months post-DSA detection) had increased B cells with a memory phenotype (CD27+CD95+IgD-) at the time of DSA detection (p=0.009; Figure 1A,C). There was no difference in DSA titers between patients who developed AMR and those who did not (13,687±4,159 vs. 11,375±1,894 MFI, respectively; p=0.63).

Our extensive phenotypic analysis by CyTOF showed that, while circulating T cells do not differ between patients with or without DSA, antibody-secreting and memory B cells are detectable prior to the development of DSA and AMR, offering a potential target for this serious condition. 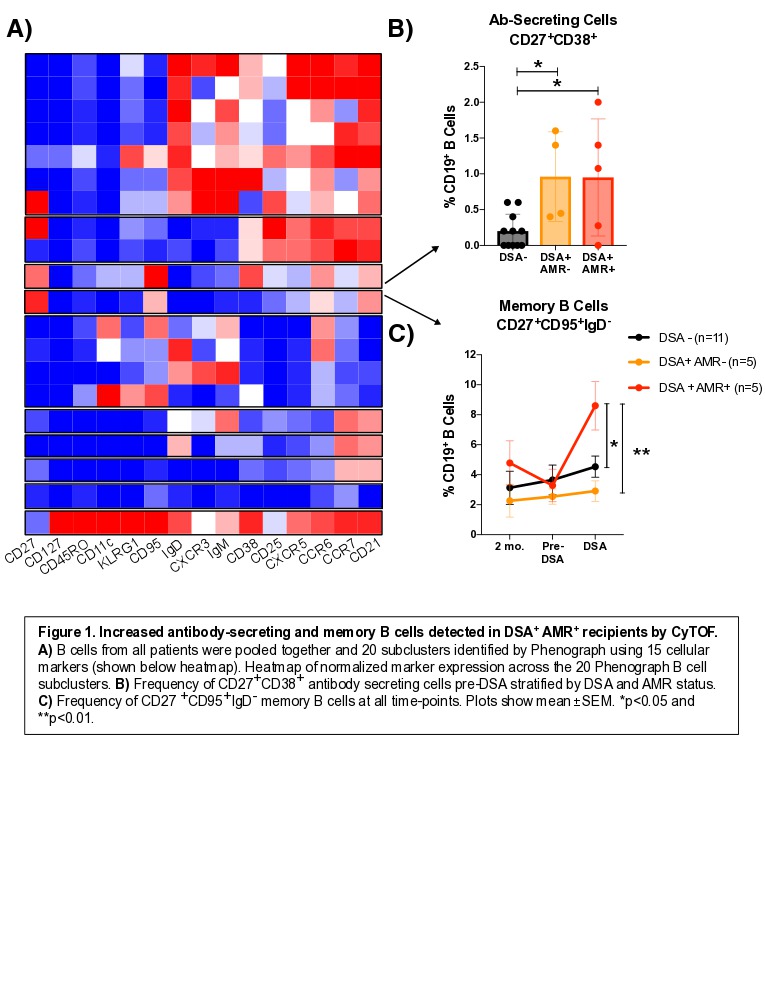