Syk is a cytoplasmic tyrosine kinase which plays an important role in immunoreceptor signalling. Syk is phosphorylated following ANCA-induced neutrophil activation, and we have previously shown that a Syk inhibitor is an effective treatment in experimental autoimmune vasculitis. This study aimed to investigate neutrophil SYK function in patients with AAV.

Neutrophils were isolated from healthy donors (n=10) and patients with AAV (acute presentation n=21; relapse n=10; remission n=12). Intracellular staining for total (T-Syk) and phosphorylated (P-Syk) was analysed using flow cytometry. Neutrophils were primed with TNFα 2ng/ml and stimulated with 100 μg/ml MPO-ANCA IgG (or control IgG). R406, a small molecule Syk inhibitor, or vehicle was added prior to addition of IgG. RNAscope for Syk mRNA was performed on kidney sections, and IHC for T-Syk on extra-renal AAV tissues including ENT, lung and skin.

There were similar levels of T-Syk present in neutrophils from HC and those with AAV. There was increased Syk phosphorylation at both the 319 and 348 residues in patients with active AAV compared to HC or patients in remission (Figure 1A). When TNFα primed neutrophils were stimulated with MPO-ANCA IgG there was significant IL-8 release, that was inhibited by R406 in a dose dependent manner (Figure 1B). There was evidence of T-Syk in infiltrating inflammatory cells in non-renal sites of AAV (Figure 1C). There was also evidence of Syk mRNA in infiltrating leucocytes in glomeruli from patients with crescentic AAV but not in patients with sclerotic lesions. 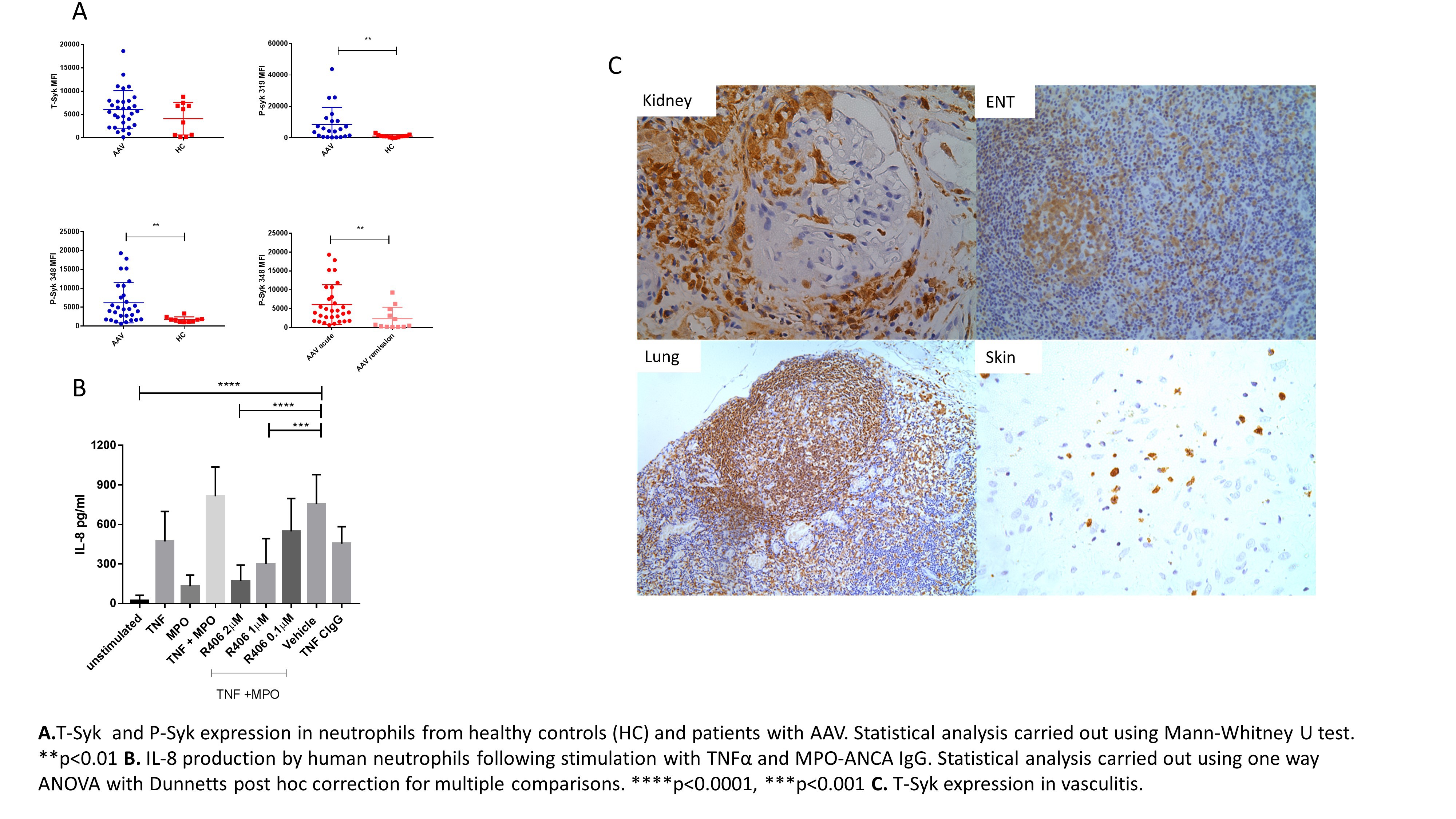