Children in CKiD with Congenital, Non-Glomerular Form of Progressive CKD Will Experience Renal Replacement Therapy by 40 Years of Age

Children in CKiD with Congenital, Non-Glomerular Form of Progressive CKD Will Experience Renal Replacement Therapy by 40 Years of Age 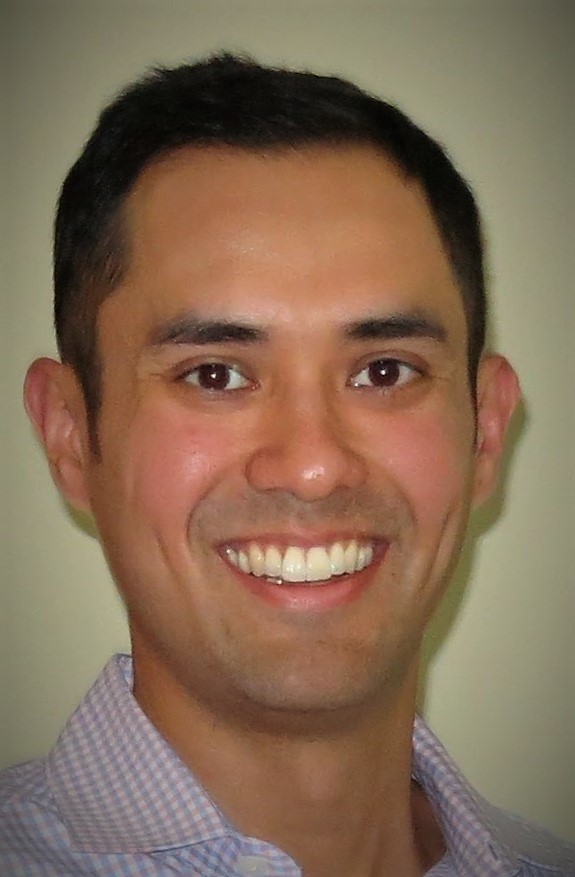 Dr. Ng is an Assistant Professor in the Department of Epidemiology at the Johns Hopkins Bloomberg School of Public Health. He is a multi-principal investigator of the data coordinating center for the Chronic Kidney Disease in Children Study with research interests in observational cohort studies, longitudinal and survival data analysis, epidemiologic methods, and measurement of GFR in epidemiologic and clinical settings.

The Chronic Kidney Disease in Children (CKiD) study provides a unique opportunity to prospectively describe a life course characterization of progressive non-glomerular disease prior to renal replacement therapy (RRT). Our aim was to maximize the heterogeneous disease duration at entry in this cohort to estimate the age by which all children with congenital, non-glomerular disease will require RRT.

The times to RRT in CKiD children were characterized by parametric survival models (generalized gamma (GG) distribution). The time scale was years from NG diagnosis (age) and accounted for late entries due to heterogeneous disease duration at enrollment. Models were fit overall, and stratified by race and gender.

Practically all CKiD participants with progressive non-glomerular disease will receive RRT by 40 years old, much earlier than reports from European registries. This is likely due to a combination of access to care, organ availability and disease severity. Methodologically, these data enable handling right censored observations as interval censored, thus enriching parametric survival methods. 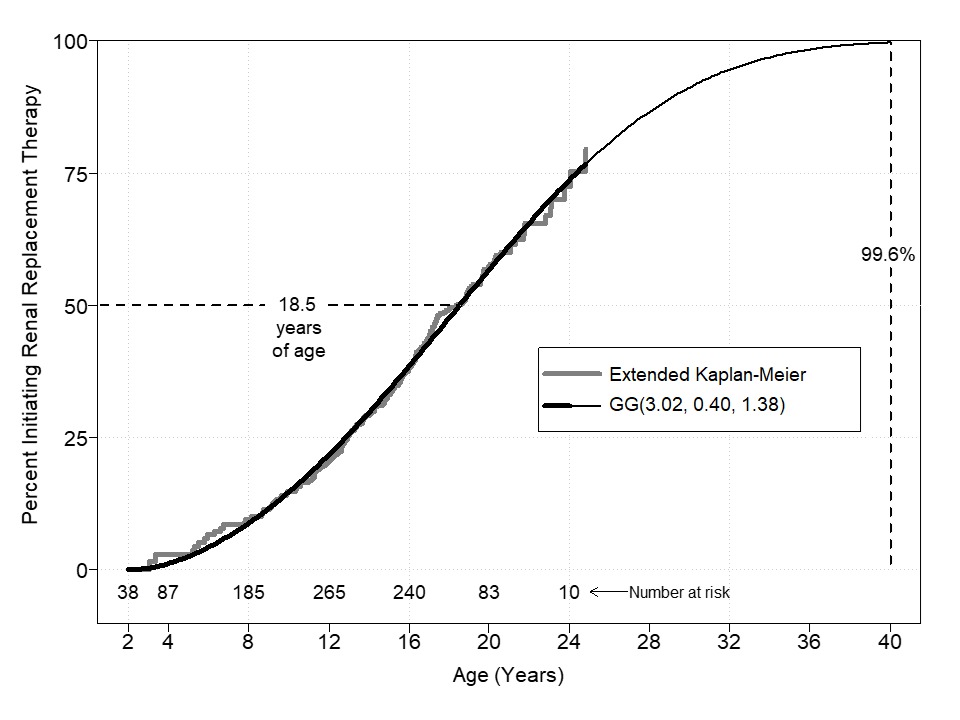 Percent of children with non-glomerular CKD initiating RRT by age